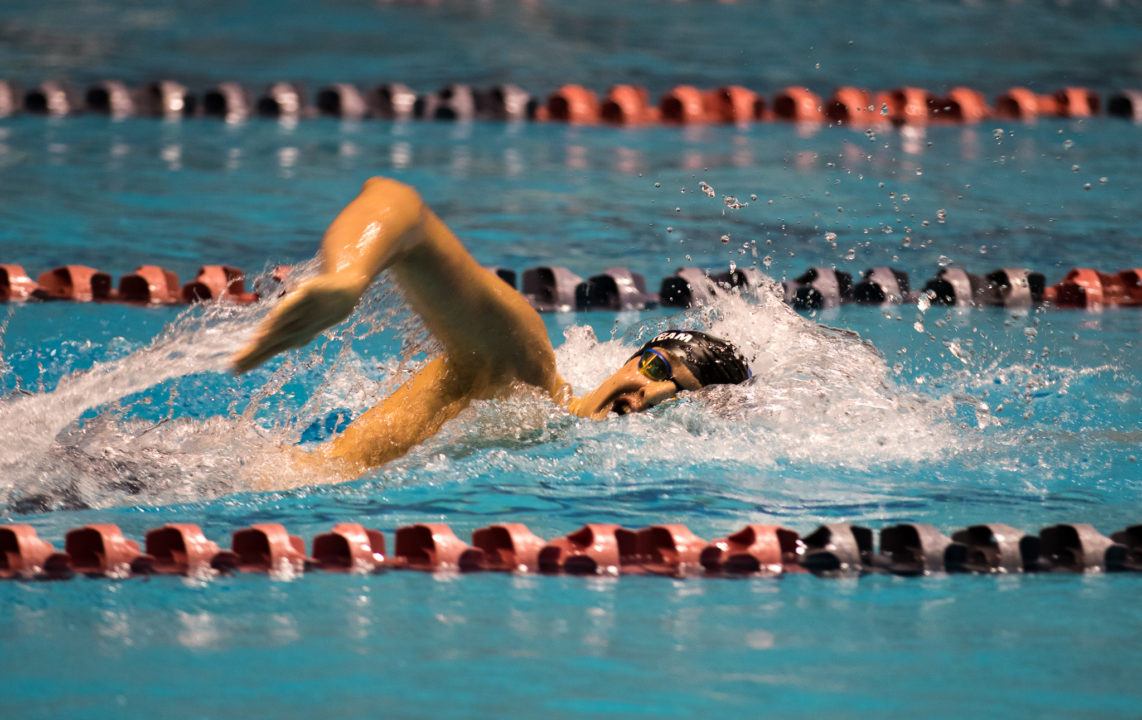 14-year-old Maximus Williamson of the North Texas Nadadores clocked a 1:47.85 in the 200 back on Sunday, ranking himself above Cal graduate Austin Katz.

16-year old Ethan Heasley continued to build his star-power and reputation on Saturday at the 2018 Federal Way Sectional Championships when he won the boys’ 500 yard free in 4:19.82 for his 4th event win in 3 nights. That put him 5 seconds clear of the field and broke the old Meet Record of 4:21.44 done by Jared Markham in 2011. That moved him to 18th all-time in the age group and left him half-a-second shy of a U.S. Nationals qualifying time.

Besides Heasley’s swim, one other Meet Record went down on Sautrday, when 16-year old Caspar Corbeau and 18-year old Daniel Roy tied in the 100 breaststroke in 53.42. That took a tenth off Jian Mao’s 2017 record in the race.

Corbeau went out 4-tenths of a second faster than Roy, but Roy, who is a better 200 breaststroker and won that race earlier in the meet, was faster by an identical margin on the second 50 to pull in the tie.