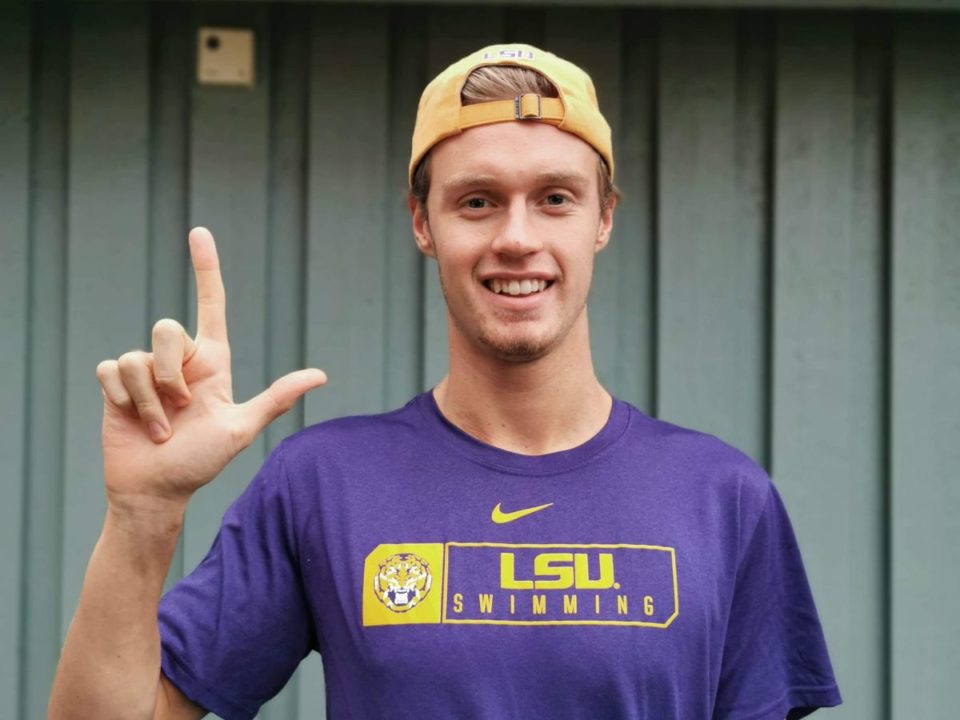 Sweden's Emil Hassling, a rising junior at LSU, has scratched the 200 IM this session where he was ranked #40. This was his only individual event of the meet. Archive photo via Emil Hassling

Sweden’s Emil Hassling, a rising junior at Louisiana State University, scratched the men’s 200 IM where he was ranked #40. This effectively withdraws him from the competition (except for the possibility of relays) because the 200 IM was his only individual event of the meet. In 2019, Hassling became the first Swedish 17-year-old to break 2 minutes in the 200 short course meters IM. He is coming off a strong 2022 SEC Championship meet where he logged four lifetime best times including one in the 200 yard IM to place 12th.

The only swimmer to scratch the women’s 50 back was Sierra Leone’s Mariama Kamara who was ranked #35. Two also swimmers dropped the men’s 100 free from their lineup: #75 Dhinal Weerasinghe Arachchige of Sri Lanka and #98 Jose da Silva Viegas of Timor-Leste. All three athletes are still entered in the 50 freestyle later this week.

A few other absences in this session are due to COVID-19. We reported earlier that Great Britain’s Duncan Scott withdrew from the meet due to post-COVID training struggles. He was the #2 seed in the 200 IM. South Africa’s Pieter Coetze and Argentina’s Joaquin Gonzalez Pinero tested positive days before Worlds and have withdrawn from the meet. Coetze was seeded #50 in the 100 free while Pinero was set to swim the 200 IM where he was ranked #33.

Women’s 50 back should be interesting! Part of me wants Masse to win it and then Kaylee to win the 200, just for the balance of them each winning one back event.

Part of me wants Berkhoff to win the 50 and White win the 200 after Smith won the 100, just for there to be balance among the American backstroke women.