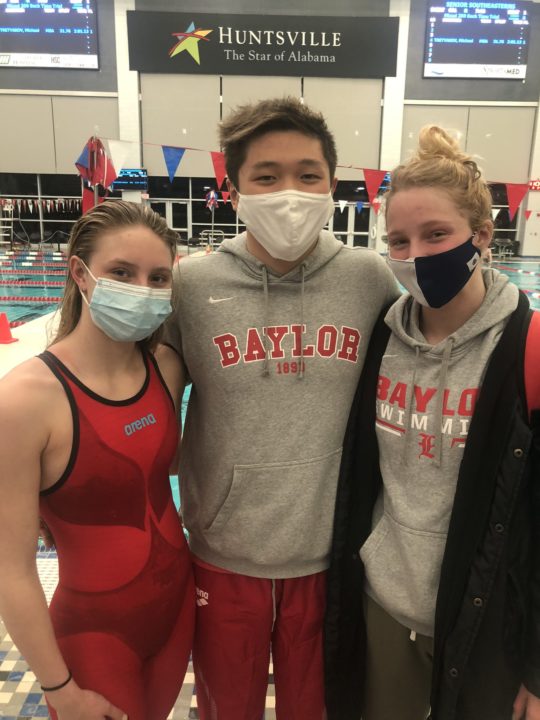 Baylor Swim Club’s Ellie Waldrep and TNT Swimming’s Levenia Sim again squared off in the backstroke on the final night of the Southeastern Senior Champs, this time in the 200 back.