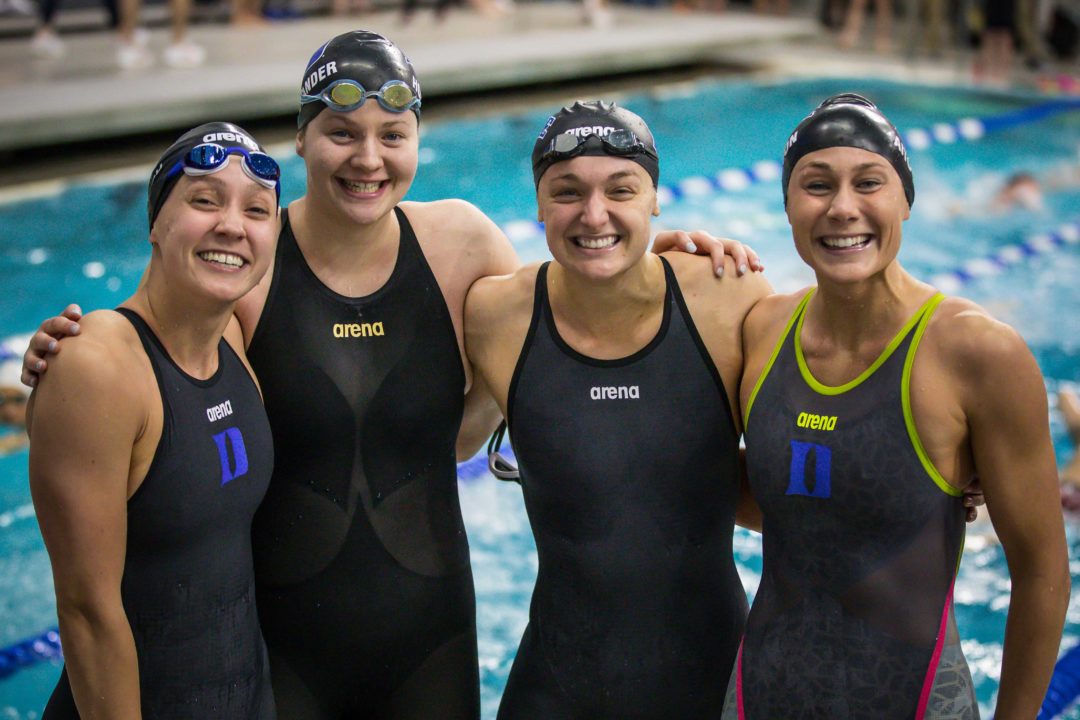 Duke University’s women qualified their first relay for finals at an NCAA Championship in program history by going 1:28.54 in prelims of the 200 free relay Thursday morning.

Marsh has been firing off fast relay splits all season long, but primarily in fly. In February, she went 22.33 at the 2019 Nike Cup, which would have tied for the fastest split at NCAAs last season. Her best flat-start 50 free heading into the meet was 22.07, swum at ACCs last month. Hess’ best time is 22.22, and Hollander hasn’t been under :23 with a flat start; the same goes for Aitchison.

Marsh doing a great job taking Duke to the next level. It’s really cool to see Duke slowly but surely grow into a formidable team the last 10 years. Consistent improvement.