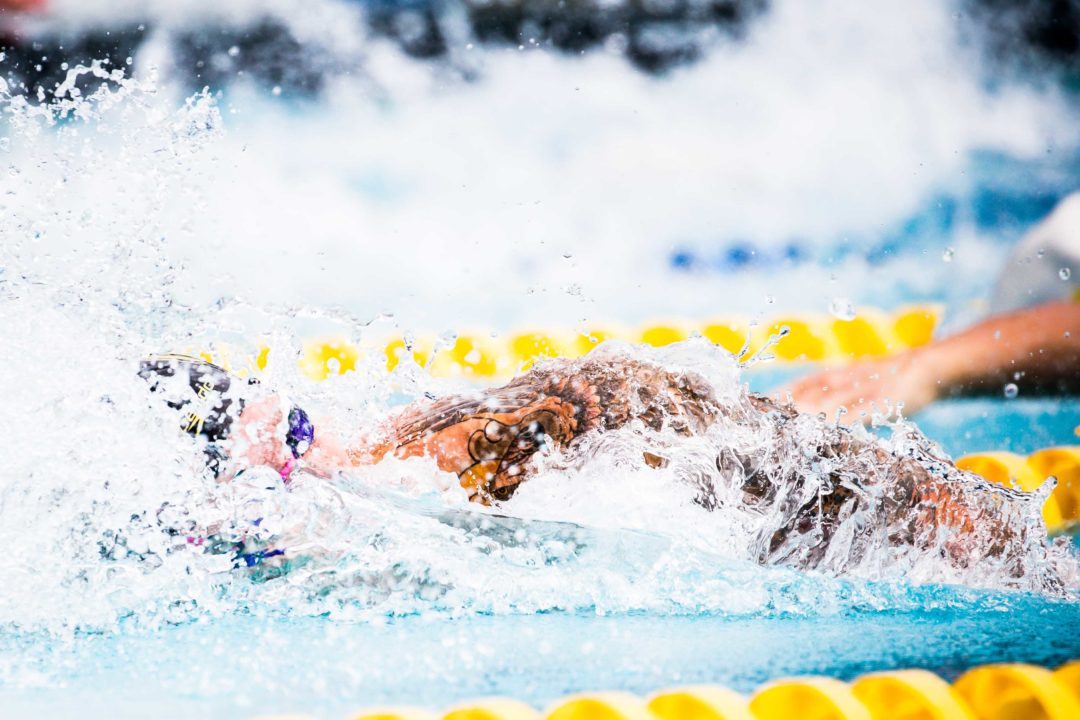 Olympic gold medalist Caeleb Dressel stormed his way to the top 5 times in the world this year and the top time in the US in the 50 free. Dressel won the men’s 50 free with a time of 21.51, slicing half a second off the meet/Mission Viejo pool record of 21.90 by Nathan Adrian.

Dressel’s time now puts him at #4 in the world, less than 5/100 away from Ben Proud and Vladimir Morozov. Dressel is also the fastest American this year

During the semis of the women’s 50 breast, Breeja Larson led into the finals with a meet record time of 30.70. Swimming under her season best of 31.38, she is now the 10th-fastest event performer in the world this year. Larson won the final in a 30.78, nearly a second ahead of Annie Lazor‘s 31.50.

Mission Viejo is smart with Annie Lazor representing them, but training in Indiana, they have a chance to get another swimmer on the Olympic team.

Zane Grothe also competes for Mission Viejo or at least he was about a year ago.

Good to see Caeleb focusing on the sprints. People always talk about his 200 ability but he is a sprinter!

I was starting to think he was a distance swimmer with all of these 200s he’s been doing!

100 fly is Caeleb’s event. This is the fans’ event, super fast guys all over the place.

Why does a meet like this have semifinals? Especially if they are going to cram it in less than an hour before the finals? I get that it’s still a training meet, but it seems weird.

No kidding. Seems like a good way to torture these tired swimmers even more.