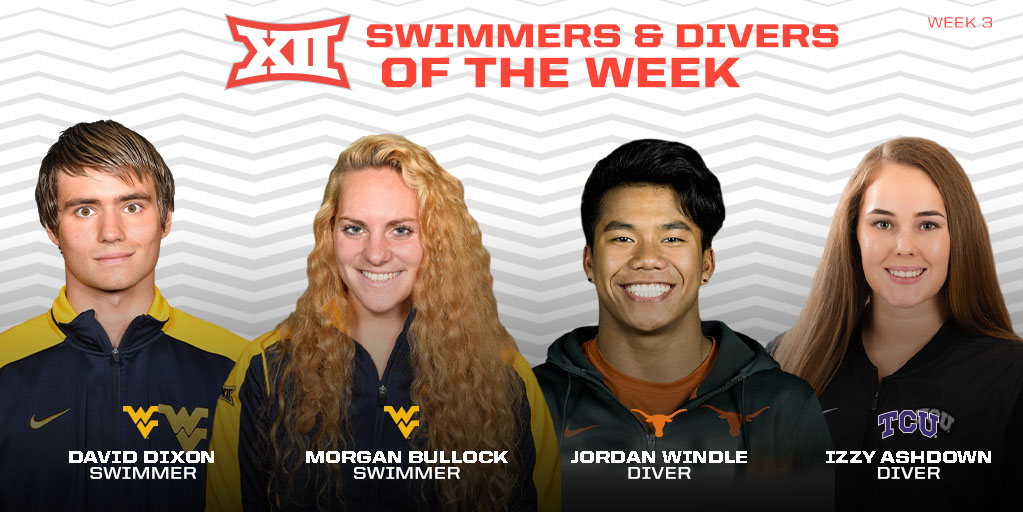 Dixon notched seven wins at the West Virginia State Games, pacing the Mountaineers with four individual medals and three relay victories. The junior’s 145.41 time in the 200-yard butterfly was three seconds off the West Virginia record, a mark that Dixon set last season.

Bullock collected seven wins at the West Virginia State Games with four relay titles and three individual victories to help the Mountaineers to a first place team finish. Two of her wins came in the 200-yard butterfly and the 200-yard individual medley, events that she holds school records in.

Windle picked up his second consecutive Men’s Diver of the Week award after winning all four of his dives. He began the weekend with victories in the 3-meter and 1-meter in Texas’ dual with Texas A&M. The junior closed the weekend with two more wins in the same event in a tri-meet against Louisville and Indiana. Windle is a perfect 6-0 this season.