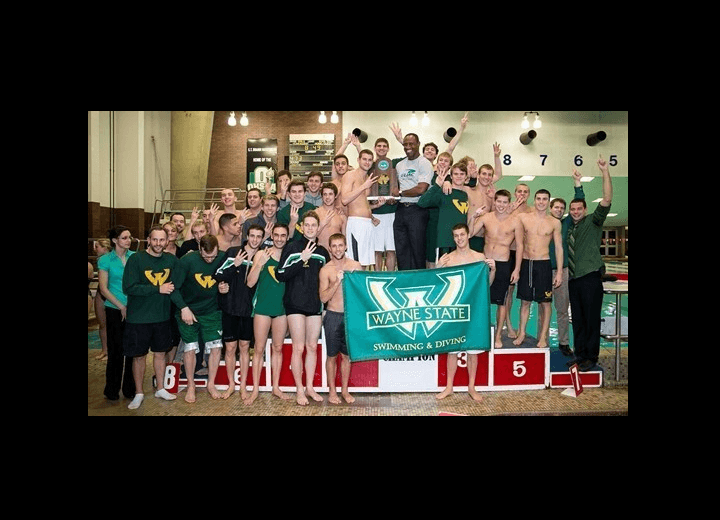 The Wayne State Warriors won both the men’s and women’s Great Lakes Intercollegiate Athletic Conference (GLIAC) Championships this weekend in Division II, but the real story for the Michigan school was sophomore Piotr Jachowicz, who cleared an NCAA Division II Record in the process.

Jachowicz, on the first day of the meet, swam a 1:45.92 in the 200 IM, which broke the 2009 record of Norwegian Olympian Aleksander Hetland in the race. Hetland, who swam for Tampa, was a 1:46.03 at that year’s NCAA Championship meet.

For the sake of comparison, that 1:45.92 from Jachowicz would rank 19th in Division I this season.

Jachowicz is a very similar swimmer to Hetland, in that the Pole specializes in the breaststroke leg, where he split a 30.02. He also won the 100 breaststroke (53.76) at this meet in a new Conference and Pool Record at the C.T. Branin Natatorium in Canton, Ohio. Hetland’s all-time D-II mark in that race (52.43) is safe in that event still, however. Jachowski ranks 3rd in the country among Division II swimmers in the 100 yard race.

SEAN PETERS IS A BALLER!

It was at the C.T. Branin Natatorium at Canton Mckinley High School