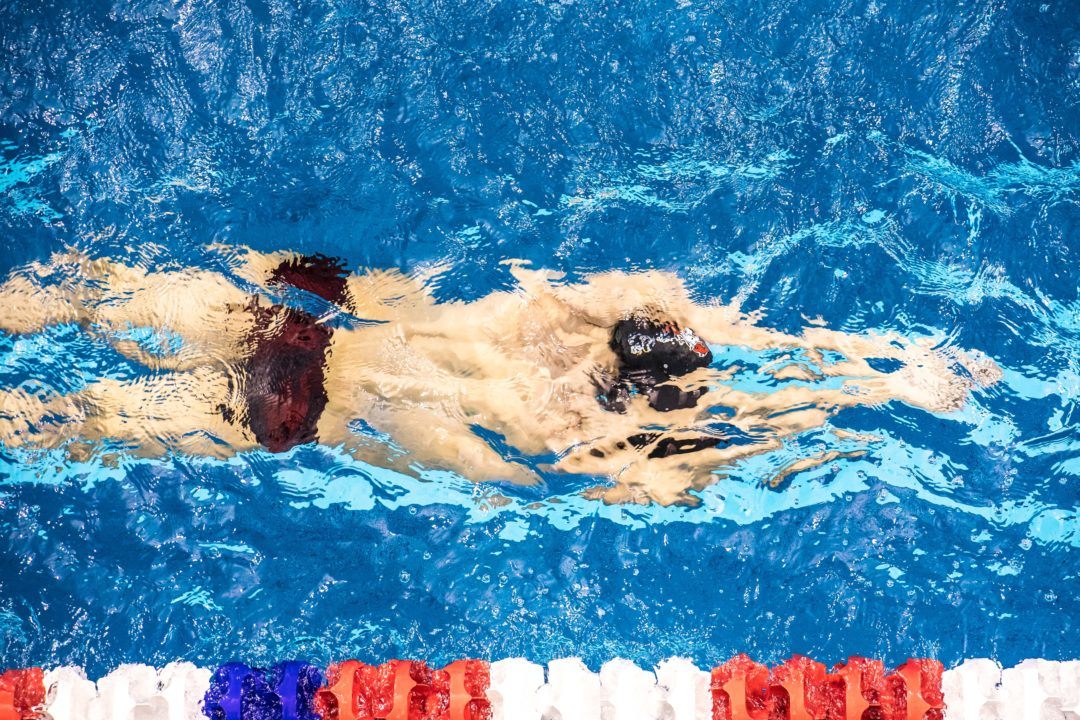 Lasco was the 2nd qualifier through in the boys’ 100 free in 43.78, behind only defending champion Drew Kibler. What was unique about his swim is that he negative split the 100 yard free.

Negative splitting, for the unindoctrinated, is when the swimmer gets faster as the race goes on – typically used to describe when the second half of a race is done in a shorter time than the first. This happens with some commonness in backstroke races, because the backstroke start is less of a speed advantage than a forward dive off a block. It also happens with some regularity in distance races – because again, after 500 or 1000 or 1650 yards (or their metric equivalents), the impact of that speed boost on the dive can be overcome.

At any serious level, though, it’s basically non-existent in sprint freestyle events.

Lasco’s previous best time swim, in April at the Middle Atlantic SC Senior Championships, was a 44.52. There, he split 22.03/22.49 – still a much lower spread than most swimmers at that level, but not a negative split either.

For reference, the smallest spread in either the A Final of last year’s NCAA Men’s Division I Championship in this event was the defending World Champion, Caeleb Dressel, who split 19.01/20.99 for a 40.00 (which, incidentally, is the fastest time ever done in this race). Dylan Carter had a 2.00 second spread and Blake Pieroni had a 1.99 seconds spread in 4th and 8th places. In the B-Final, 9th-place finisher Townley Haas had a 1.86-second spread, while Alabama’s Lauren Bams had just a 1.36-second spread. What do all of those swimmers have in common? They’re all very good-to-great 200 freestylers: with the exception of Dressel, they all swam the 200 free at NCAAs as well (and Dressel has shown that he’s got the 200 free in his arsenal – but just hasn’t had the chance to show it off much yet). Lasco is likewise a better 200 freestyler than 50 freestyler, so he fits the trend in that regard.

Dangit, meant to look up what he did in his backstroke races and include it. Thanks for beating me to the punch!

What club does he swim for?