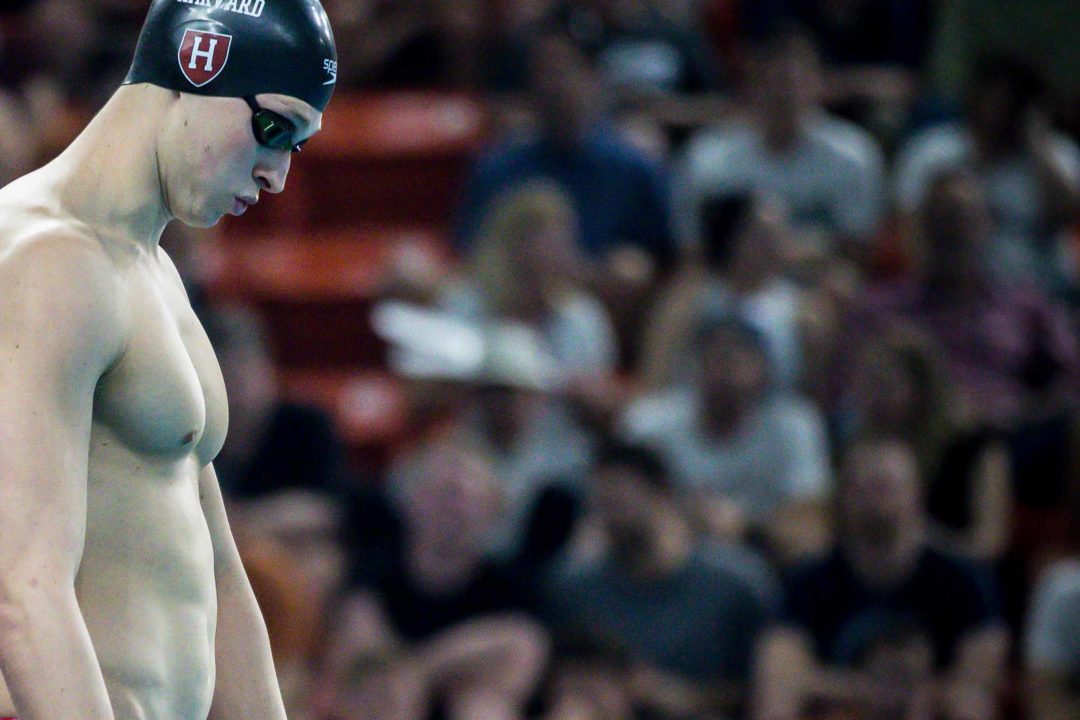 Was it risky to choose the 100 back over the 200 free individually? Well, Harvard's Dean Farris is the fastest in the NCAA in both. Current photo via Jack Spitser/Spitser Photography

Was it risky to choose the 100 back over the 200 free individually? Well, Harvard’s Dean Farris is the fastest current NCAA swimmer in both. Many swimming fans considered the switch form the 200 free to the 100 back individually to be a risky choice considering the depth of the 100 back this year. That choice was especially questioned after Farris went a 1:29.15 on the 800 free relay leadoff to break the 200 free American Record on Wednesday night, which was about a full second faster than it took to win tonight’s individual 200 free. However, Farris knew what he was doing, as he crushed his lifetime best to become the 2nd man ever to break 44 seconds and win the 100 back title.

Farris ripped a 20.85 to the feet to take the early lead in tonight’s race, winning the event in 43.66. That makes him the 2nd fastest man in history. Olympic champion Ryan Murphy‘s record is in danger next year, as Farris has another season left. NC State’s Coleman Stewart, the 2018 champion, is also in the hunt for that record. He’s now the 3rd man ever under 44 with his runner-up finish in 43.98. The record stands at a 43.49 from the 2016 NCAA Championships.

I think Dressel will be a okay

I think next year Dressel will be worried

Based on his 50 free, I’m not sure Farris has enough up front speed to go sub 40. Next year is a definite possibility. But hey, I’d love for him to prove me wrong and do it today!

Nailed it. Dreamy works too. How many dad’s want this guy chatting up their daughter? That would be ALL.

you’re doing too much