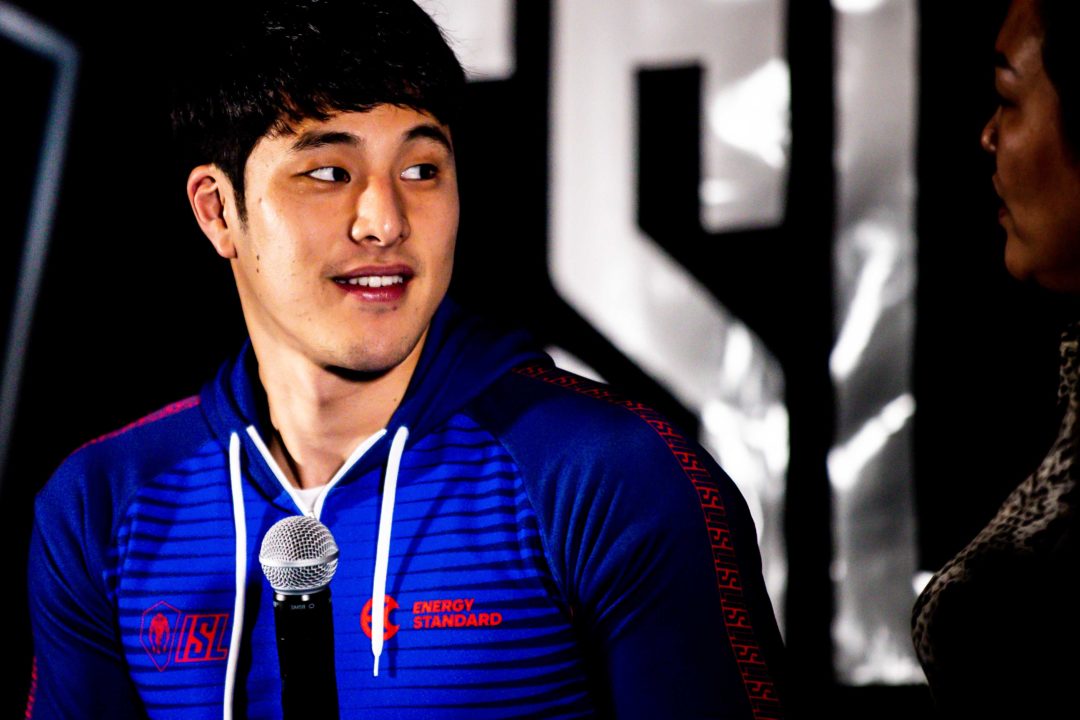 Earlier this month, Japanese swimmer Daiya Seto indicated his goal of breaking Michael Phelps world record in the 400 IM at this summer’s Tokyo Olympics. Phelps’s record of 4:03.84 was set at the 2008 Beijing Olympics. Approaching 13 years since that swim, it is the oldest men’s individual swimming record.

In light of his stated goals, I decided to take a look to see what it would actually take for Seto to break this record. We don’t want to just look at Phelps’s splits and say that Seto has to be faster than that. No, we want to take a look at how Seto swims his races and use that as a base for the splits he needs to target.

As a refresher, Phelps’s world record splits were the following:

Seto’s best time of 4:06.09 was swum in January 2020 and ranks him as the fifth fastest swimmer all-time in the event. His splits of that swim break-down as follows:

A quick comparison shows us that Seto’s splits on the fly and breaststroke were actually faster than Phelps’s WR splits. The breaststroke split isn’t surprising as that was Phelps’s slowest stroke relative to his other four. What is surprising is that Seto’s fly split is faster than Phelps considering at one point Phelps was the WR holder in both the 100 and 200 fly.

Rather than just look at Phelps’s raw splits from his WR and say “that’s where Seto needs to be”, we can dig a bit more into the splits. We can take each stroke and look at it as a percentage of the overall time. For example, using Phelps’s fly split, 54.92 seconds/243.84 seconds = 22.52%.

We can do the same thing with Seto’s 4:06 from last year:

We can also do the same for other swims from Seto, particularly those within the past two years:

We can confirm the trend where Seto is regularly faster on fly and breast than Phelps but Phelps is faster on back and free. With Phelps’s freestyle split being significantly faster than Seto’s, he will need to be well ahead of WR pace after the breaststroke.

Using the races and splits percentages, we can calculate the splits Seto would need based on the four races above:

The numbers above show how truly impressive Phelps’s record is. There is a reason that the record has lasted almost 13 years — a swimmer needs to have a great combination of speed and endurance in all four strokes. Will Seto break Phelps’s last standing individual record? It will take a lot of work but at the Olympics in his home country, we’re saying there’s a chance.

My analysis is much shorter: no way he is breaking that at the olympics. Am I supposed to wager eating a piece of swim gear at this point? Still learning how things work around here.

Let’s pray to Dean Farris for answers to whether it is truly possible.

Dean Farris goes 3:59 in his sleep

You’re a natural! I will eat my Finis snorkel if he even gets within a second of Phelp’s time!

Looks like Seto needs to improve his backstroke to really challenge the record?

I feel like he’s not a good enough freestyler. The 58.58 was kind of a unicorn split for him. If you look at most of his 400 IMs on the international stage he closes in right around 1:00, a few over a few under.

good name you have sir

Interesting that he’s faster than Phelps was in the short-axis strokes but slower in the long-axis. Given their height differential of 7 inches I can’t say it’s entirely surprising.

Opening in 53.7 would be kinda nuts

No way all the splits in a nuts world record are also nuts!

In the new peacock phelps series, phelps says that looking back on the 400 im, sub 4 min was possible. Mind blowing

If “ifs” and “buts” were candy and nuts…

we’d all have a merry christmas

then everyday would be Erntedankfest!

The breast for phelps was very weak in 2008. Improve that with slight improvements in other strokes and sub 4:00 is definitely possible

lol. phelps had the fastest breaststroke split in the field.

There are a handful of 2008-2009 world records that have a better chance of being broken instead of this event.

8
-2
Reply
I hope Daiya Seto will break it

You should also mention, that it was set during the supersuit era.

Phelps was wearing the full leg skin, which helped him in the last 100 when he was tired.

That’s why Ryan Lochte’s 4.05.1 in London is very impressive, with a very long glide at the end of the race.

Phelps swam a 4:06 flat in an FS2 jammer at the 2007 worlds where the 400im in the last event. I would think if he swam the 400im at the beginning of the meet he might’ve been right around 404. I don’t think the suit helped that much.

No, it’s just an assumption.

Yes but he swam that as his 16th race of a very long meet, Phelps said he was dead tired during that race. And again, the suit he was wearing for that 4:06 was terrible by today’s standards.

Those legskins were ridiculous. I felt like I could kick forever and not get tired. The legs absolutely helped a ton at the end of that race.

Last edited 9 months ago by sven
4
-3
Reply
He said what?

Phelps had said that he needed to conserve from each race. If the 400 IM had been his only race, it would have been faster. How much faster? Don’t know. But he and Bowman both said it would have been raced more aggressively. Sub-4? Doubt it. Probably 4:02 or 4:01 but not sub-4

Makes sense, since that was only the 2nd of 17 swims. It’s kinda scary to think how good Phelps was in Beijing. He probably would have won the backstrokes too if he tried them.