Conger on Training With DeSorbo: “We can do something special” (Video) 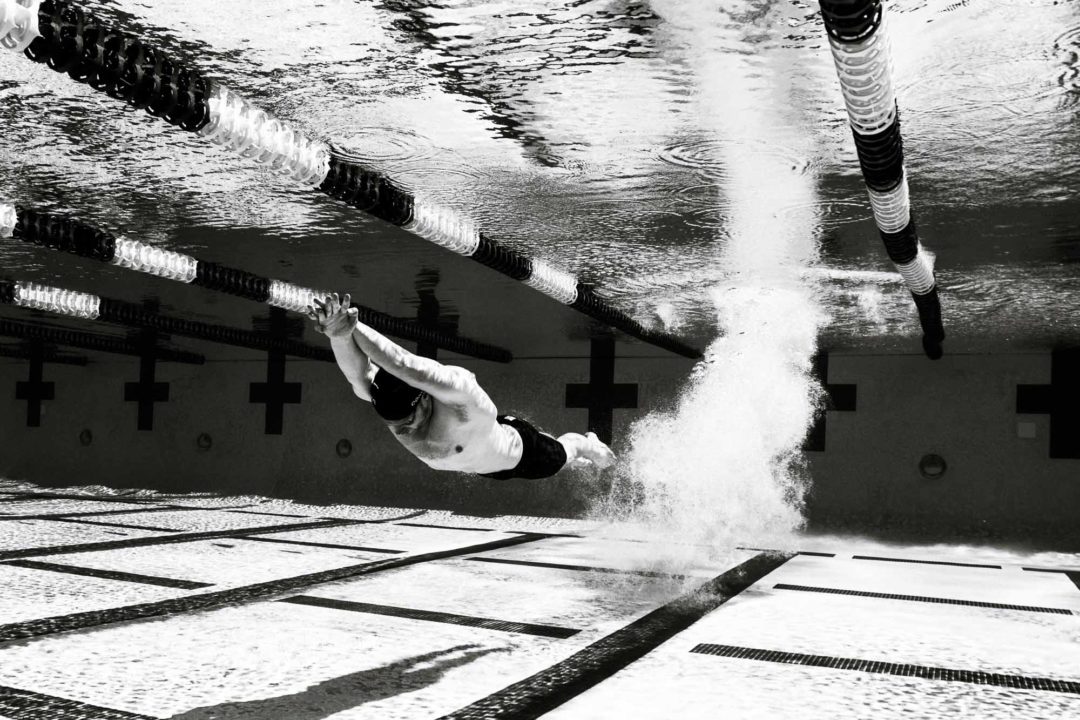 Olympic gold medalist Jack Conger talks about training as a post-grad at the University of Virginia. Current photo via Mike Lewis/Ola Vista Photography

East Carolina University has cut four of its 20 intercollegiate sports, including men’s and women’s swimming & diving, as part of a plan to save $4.9 million.

While the NCAA rejected Division I schools’ first request at a blanket waiver, they’ve approved 3 others this week to help programs deal with the…

We reported back in November that Olympic gold medalist had moved training locations from Austin, Texas, where he was part of three national championship teams for the Longhorns, to Charlottesville, Virginia, to train at the University of Virginia under head coach Todd DeSorbo.

It’s been a busy few months for Conger, who competed at the 2018 FINA Short Course World Championships in December. There, he was part of three gold medal-winning relays for the USA, including being part of the finals squad for the 200 free relay that set a new world record.

Conger suited up for an exhibition swim after the Virginia Tech-UVA dual meet Saturday and jumped in for a quick 19.8 50 free. After that, we caught up with Conger to get this thoughts on the new training site and style. During the conversation, he revealed that he was drawn to UVA particularly by Todd’s style of training, noting that while there was some overlap with the style of training under Eddie Reese, Todd also has him thinking about a lot of things he hadn’t before.

For the next few months, Conger will be largely focused on the 100 fly, which he’ll swim for the USA at this summer’s World Championships, but he also confirmed he hasn’t given up on the mid-distance events, either, which traditionally have been a bit stronger for him. Conger earned his Olympic gold medal by swimming in the prelims of the 4×200 free relay in Rio, and he made his first major international squad for USA by qualifying in the 200 fly for the 2017 World Championships.

Good luck to him. He sounds motivated. This summer will be exciting.

Where are the specifics? I would really, really love to hear Jack compare and contrast Eddie and Desorbo’s training philosophies. Unfortunately, it’s a minute and a half of vagueness and “they’re very different”.

he doesn’t understand such detail

PS, I like the dude…just a little ribbing with the “obviously” he said over and over in the interview : )

What interview did you watch? He had lots of Uhs/Ums, but he didn’t say “obviously” even once.

Call me stupid. I don’t know how postgrad stuff works. But. Does conger pay desorbo? How does this benefit desorbo? Helps w marketing to recruits? Or what?

I think marketing and recruits is the big draw. Every athlete has a different arrangement, so I can’t speak specifically to this one, but usually the arrangement is either a flat fee, a percentage of money earned, or otherwise.

The biggest potential upside for DeSorbo is appoints to bigger and better national teams, and the pool of money distributed to coaches when their athletes win medals.

I think still an outlier. But probably not completely unique either. Very few coaches and athletes are willing to divulge their arrangements. Some do, but more for background than publishing.

It would be very cool to hear how coaches benefit financially from their athletes. I feel it would help the sport tremendously.