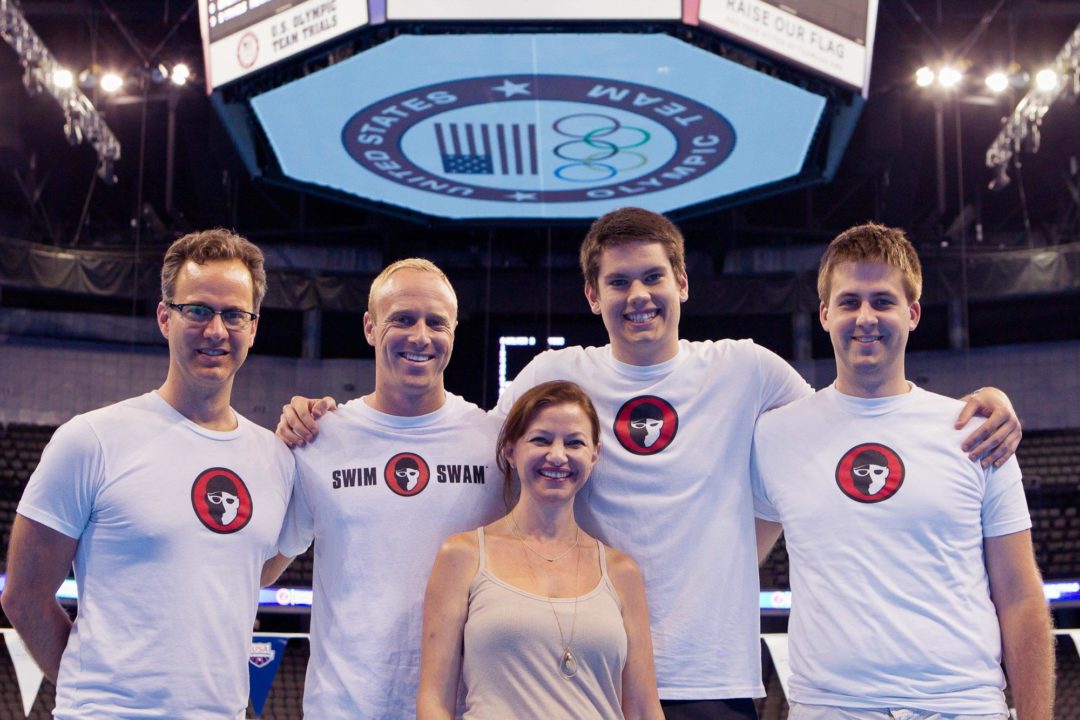 Melvin Stewart is a man of many names. But to us at SwimSwam, he is Co-Founder and CEO.

I never get tired of hearing about Mel’s days in Hollywood. I often forget that he wrote screenplays cumulatively worth millions of dollars, and that he is a member of The Writer’s Guild. But as he explains above, he got tired of the LA lifestyle, to the benefit of swim fans everywhere.

Wow! I had no idea Mel was a screenwriter in Hollywood! But I’m SO GLAD he (and his partners) started Swimswam, because it’s LITERALLY the first thing I want to look at every morning! I’m so grateful for the work you guys do on this website! Thank you!

Thanks…. Interestingly… all co-founders were leaders in their niche, already performing at a very high level. Braden was jamming on a blog, reporting nonstop, aka THE MACHINE. Garrett McCaffrey was the best on-camera reporter in swimming. Davis had been producing swim websites since he was 15 years old. And Tiffany had years of experience working in Hollywood. Bringing that expertise to the swim market was a nice fit. The name SwimSwam was all her. So….we are fortunate to come together. The timing was right.

It’s a great site! Thanks for all y’all do!

Best invention on the internet since youtube. Congrats to all the swimswam team.

Mel could be Anthony Ervin’s brother

I wish…. Tony’s so chill—-and now so iconic—he makes swimming prime-time. (What I like most about Tony is how empathetic he is. You sense it when you spend time together face to face. I was lucky enough to sit by him at ’16 Golden Goggles. Tony’s got a lot of layers. He’s aware of everything, doesn’t miss much. He knows swimming from personal, social, spiritual and political experience. When or if he retires–bc he may never stop racing–I think we would be well-served for him to be a USA Swimming Board Member.)

I remember Tony at Olympics Press Conference after his 50 free gold.He was happy like a pig in the mud.What a joyful person.

Few things I like to do at very NCAA Champs meet:

1. Trace down Mel in one of classrooms where he furiously types and chat with him for a few minutes. At Atlanta I introduced him to our son. I don’t think Mel remembered who I was, although we met at Iowa City.
2. Hang out with Texas parents – what a group of characters – and especially indulge in a hug fest with Schooling’s Mom.
3. Find Eric Friedland after each session for some “serious technical analysis” 🙂

Fun times in Indy this year.

We need to get a photo together in Indy!

Can we just go back to the Tiffany bit? Visionary.