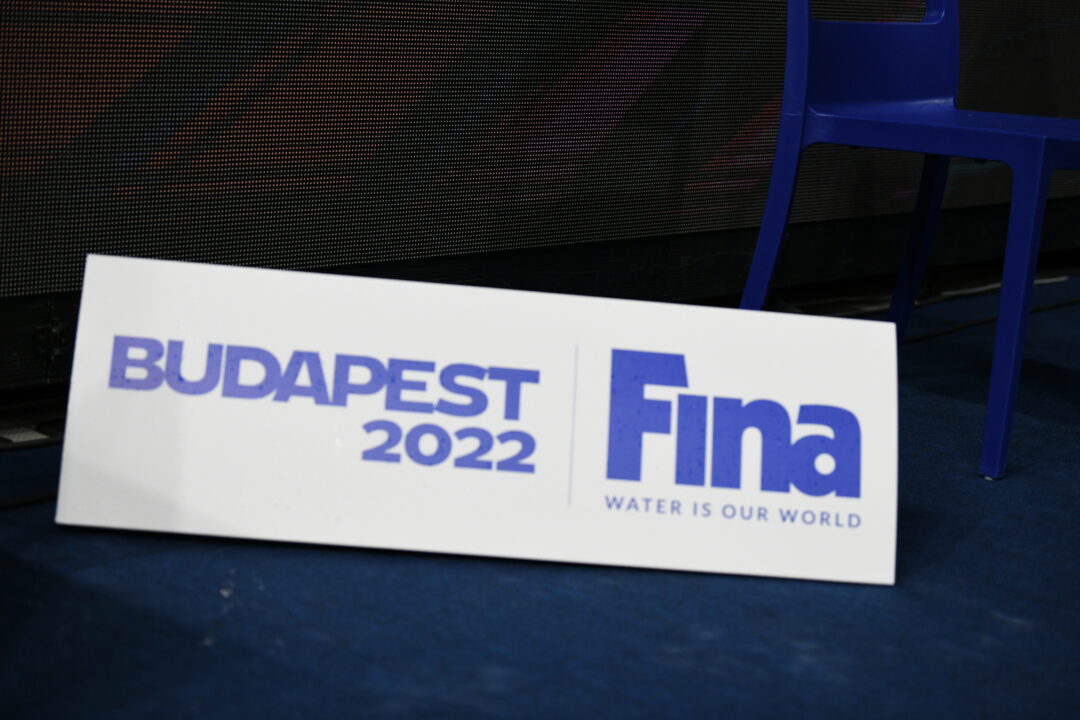 The battle for gold in the women’s 10-meter platform diving final between Chinese teens Yuxi Chen and Hongchan Quan came down to the wire at Monday’s World Championships in Budapest, Hungary.

Chen (417.25 points) edged Quan (416.95 points), the defending Olympic champ, by just .30 points to secure her second world title in a row and avenge a runner-up finish to her teammate last summer in Tokyo.

The 15-year-old Quan was the top scorer among the 12 finalists in four of the five dives — including three perfect scores compared to Chen’s one — but a faulty back 3½ somersault tuck just barely cost her the crown in her Worlds debut. Quan scored just 61.05 points on that fateful dive, entering the water diagonally after a vertical takeoff hindered her momentum in the air.

China has now claimed a medal in the event at the past 16 Worlds dating back to 1982. It’s the 12th time during that streak that they’ve placed two women on the podium.

Following the 1-2 finish, the Chinese duo both hailed the environment inside Duna Arena.

“It is an honor to see this many Chinese fans in the arena,” Chen said. “It was a glorious feeling.”

“The fans gave me so much power, I felt the energy coming from the stands,” added Quan, who won Olympic gold at age 14 last year. “I am very happy and proud to be on the podium with my teammate, but next time I’ll try to get gold.”

Earning bronze was 29-year-old Malaysian Pandelela Pamg, who returned to the podium after placing 5th in 2019. The four-time Olympian qualified seventh in the semifinals, then improved on that score by more than 35 points in the finals to snag the last medal. It marks Pamg’s first podium finish in the event since 2015 and her sixth medal overall at Worlds.

“I guess we can say it was my redemption,” Pamg said.  “I see every success and every failure as a motivation. This medal shows me that I can still compete individually.”