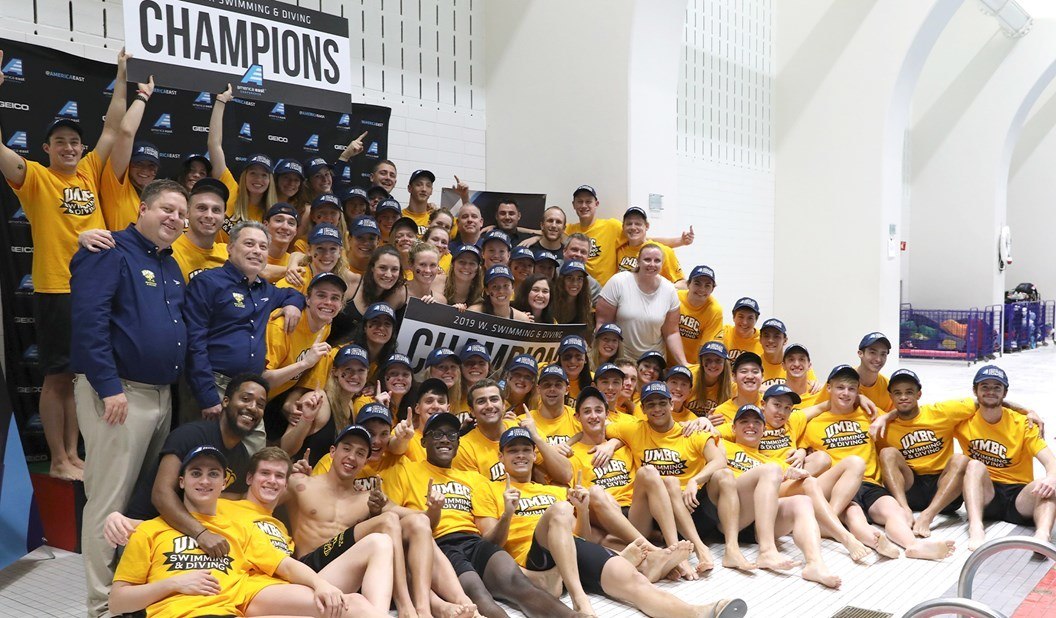 Head coach Chad Cradock is no longer with the UMBC swimming & diving program, the team was informed today. The school has declined to comment. Stock photo via America East Conference

Head coach Chad Cradock is no longer with the UMBC swimming & diving program, the team was informed today.

Cradock had led the University of Maryland Baltimore County (UMBC) swimming & diving programs for men and women since 2001. He was just the second head coach in program history, with his tenure spanning 19 seasons prior to the 2020-2021 season. The Division I program competes out of the America East Conference.

Sources told SwimSwam two weeks ago that Cradock was on a leave of absence. The school declined to comment at the time, saying that they do not comment on personnel matters – though they have publicly announced both retirements and resignations among athletic department personnel in the past.

SwimSwam filed a public records request two weeks ago for more information, but we have not yet received any information. SwimSwam has been unable to get in touch with Cradock himself.

However, sources say the swimming & diving team were told in a meeting today that Cradock is retiring and will no longer be heading the program. The school’s website no longer lists Cradock among the coaching staff. Nikola Trajkovic remains the “Director of Swimming and Diving Operations” and the team only lists three assistant coaches and a diving coach.

UMBC has won four of the past six America East women’s titles and the past four men’s titles.

After original publishing of this article, UMBC posted a brief press release announcing the retirement of Cradock.

While that release offered no further details on the reason for the timing of Cradock’s departure, it adds that assistant coaches Birkir Mar Jonsson and Nikola Trajkovic will coach the teams during the interim period. The school says that it “will be launching a nationwide search for a new head coach.”

I believe the survivors who suffered abuse at the hands of Chad Cradock. I have been privy to firsthand accounts and information that proves it, but I do not need this evidence to believe them. I simply choose to always believe the victim, because I would ALWAYS rather make the potential mistake of falsely accusing an innocent man than the alternative (to allow someone to continue causing harm). And a mistake is not what happened here–I believe the survivors because they are telling the truth. I understand it may be painful for those he manipulated and deceived into thinking he wasn’t causing harm, but he did. Everyone who has hurt someone else has also shown someone kindness or care. His… Read more »

I understand that your desperation to silence others comes from your own pain over the situation, and I am sorry that you are suffering. But it is unfair to say that this space is only for you and your pain, as if the pain of others is somehow lesser or should only be kept private because it makes you uncomfortable. It makes *me* uncomfortable to see commentary about how wonderful this person was when they hurt so many. This is a neutral space where all voices are (or should be) welcome; not one where Chad Cradock can only be revered or excused. There are many spaces where only one view is welcomed where I’m sure you will feel heard and… Read more »

Not one person has clearly stated anything that Chad did to hurt people; that they witnessed first hand. It is clearly rumors, lies and gossip. I don’t feel sorry for those who don’t feel they will get their “justice” through their day in court. They will have to live with this outcome for the rest of their lives.

Have you ever taken into consideration that these horrific comments are hurting his family? He left behind innocent children and an amazing wife. It’s not game.

Hopefully the truth will come out for all to know.

Frankly, this article along with the UMBC statement does his tenure absolutely no justice. If they aren’t official statements on personnel matters, then I urge Swim Swam to give a clear picture of the HUGE successes Chad has had in his 2 decade long career at UMBC both at the collegiate level and the club swimming level. He was one of the university’s most fiercely loyal employees.

Any allegations need to be thoroughly investigated. With that being said, the fact that Chad has had such a positive impact on the large majority of his swimmers and so many of us never saw signs of any abuse is pertinent information. As a student athlete during the UMBC basketball rape scandal, so… Read more »

Some of y’all are being willfully obtuse. Coach ‘retires’ mid-season, school lists literally none of his accomplishments…and you want to stick your fingers in your ears “everything’s great! Chad was a hero!”

Coooome onnnn. I’m not expecting you to come on the internet and bash a coach that you like. But like, trying to run around and paint him as the victim and everyone else as the enemy who’s just trying to keep the man down? Why don’t y’all start signing your names. Then when the truth comes out (and it eventually will), we can see who was part of the coverup and who was not.

This approach kind of reminds me of the Lance Armstrong coverup.

That’s the thing about emotional manipulation, harassment, and abuse. If it’s not happening directly to you, you often don’t know about it. So the fact that former athletes aren’t saying much is not surprising/suspicious. It has only gotten worse in the last few years (I have witnessed for a long time). It is for the best that RAC and MD Swimming will never be the same, as they will now change for the better. This program can and will survive and thrive under new leadership.

Since when do former student athletes know everything that goes on after they leave the team? Just because you don’t know doesn’t mean it’s not true.

I agree. The Athletic Department can say goodbye to tons of support and fundraising from the swim teams alumni. They really don’t know what this loss means to the team and the future of athletics at UMBC. Chad was amazing with outreach and alumni support and it will be almost impossible to live up to what he did.

I really hope it is impossible to live up to what he did… we do not need another coach covering up and mishandling domestic abuse cases on the team and blaming the victims, sexually harassing and groping male swimmers, and discriminating against the women’s team.

Thank God it’s not a USA Swimming issue, they’d just cover it up and make secret deals like they did with Richard Shoulberg and Murray Stephens…

There have been a lot of not great things and the way he runs his team going around the last few years. I wouldn’t be surprised if he got fired.

….definitely not enemies of success. Just trying to stop the toxic sexually predatory culture from coaches that currently exists in the sport. Comments like this are exactly why victims are hesitant to come forward. Just because you may have had positive experiences with Chad does NOT mean he did no wrong to others.

Also very insensitive for you to say “shame on you all” to those who have suffered harassment and other misconducts when you are completely unaware of the whole story. I’m sure speaking up was scary enough for them and what they’re going through right now with everyone invalidating their stories in these comments is tough and comments like this make it even worse.

Chad is the best coach I’ve ever had. I consider myself a better person because I had the honor of swimming for him in college.

Thinking of him and his family and waiting to make any judgements until I see any concrete proof of wrongdoing.

edit: the last thing I want to do is victim blame, so I’m glad the athlete being discussed in the comments above was brave enough to come forward with their side of the story and their experience. I just want to encourage everyone else to respect the investigation process in the meantime and keep in mind that this is taking a great toll on many people.