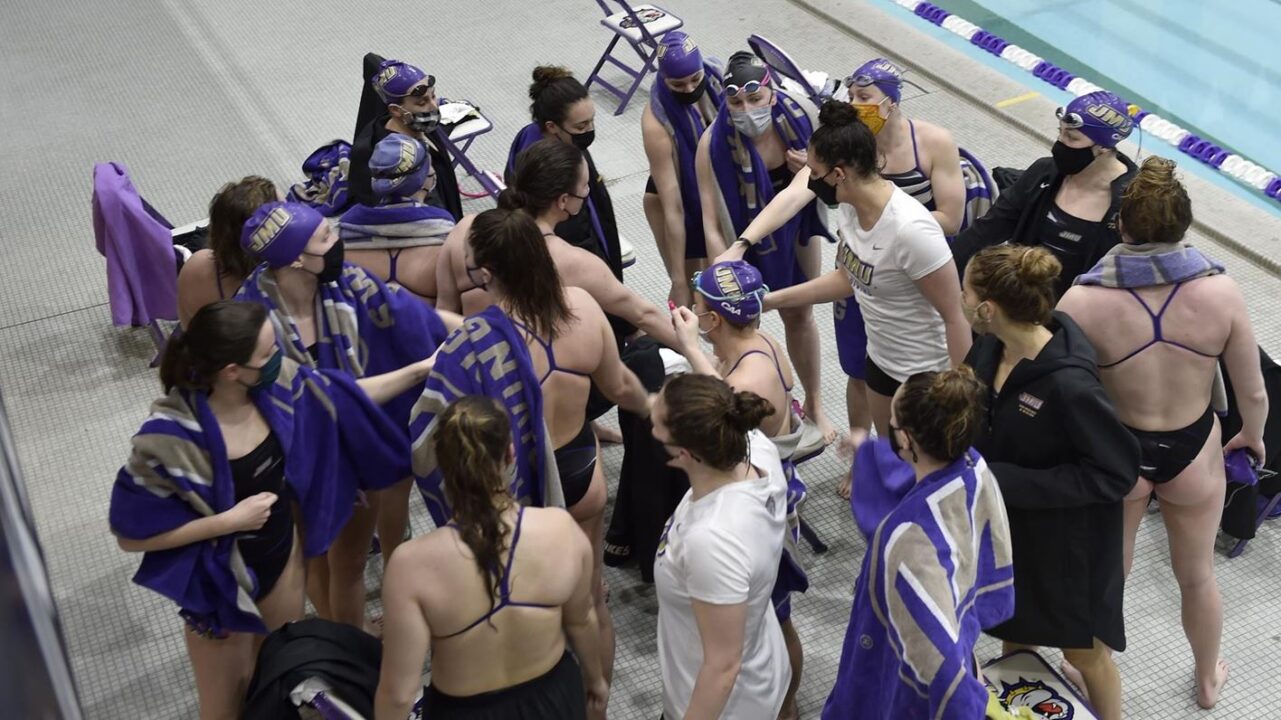 James Madison (above) and Old Dominion have been announced as new members of the CCSA for women's swimming & diving beginning immediately. Archive photo via JMU Sports

The Coastal Collegiate Sports Association (CCSA) has announced that James Madison University (JMU) and Old Dominion University will be joining the conference this season for women’s swimming & diving.

The CCSA is a Division I mid-major conference that sponsors men’s and women’s swimming & diving, as well as women’s beach volleyball. The conference now sponsors eleven women’s swimming & diving programs, including:  Bellarmine, Campbell, Florida Gulf Coast, Gardner-Webb, Georgia Southern, Liberty, UNC Asheville, North Florida, Queens, Old Dominion, and James Madison. On the men’s side, Bellarmine, Gardner-Webb, Queens, and Old Dominion are all members of the conference, as well as the Florida Atlantic men.

James Madison is making the move from the Colonial Athletic Association (CAA), where they have been largely successful. They had a four-title winning streak from the 2017-2018 season to the 2020-2021 season, and have captured eleven conference titles overall in their time in the CAA. Last season, they also won the Eastern College Athletic Conference (ECAC) title. JMU is a women’s only program and is currently being led by head coach Dane Pedersen, who is in his ninth season in the role.

JMU has already faced Old Dominion once this season, where they won decisively 210-83. They will not face any other CCSA teams until they compete at conference in February. Old Dominion will take on Campbell January 28th just before the CCSA Championship.

this is so mother boots the house down