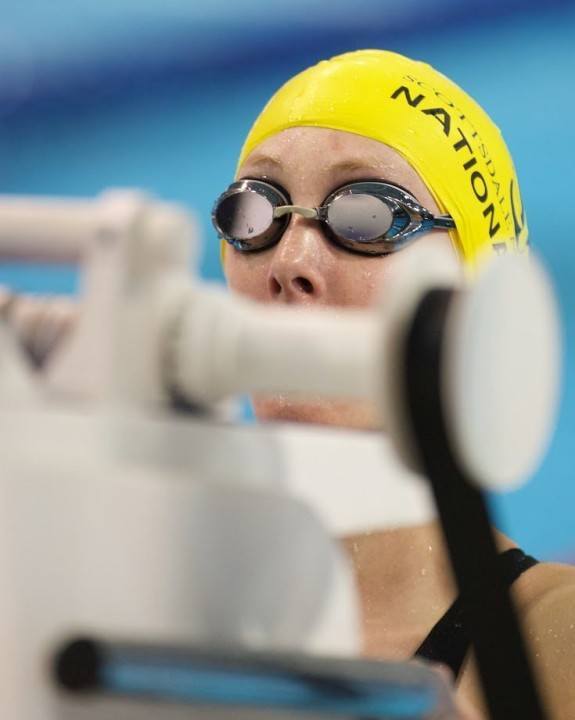 Canada announced their World Juniors team following the completion of trials. The team is highlighted by some of the best rising age-group stars in the country. Current photo via Chris Tanouye, www.christanouye.com

Canada announced their World Juniors team following the completion of trials. The team is highlighted by some of the best rising age-group stars in the country.

Javier Acevedo is on the fast-track to becoming one of the top sprint freestylers in the country. He went from looking at age-group marks at the start of the season to third at World trials this past week.

Markus Thormeyer broke an age-group mark in the 100m backstroke this weekend solidifying his spot on the team. He finished second in that event to Russell Wood who earned himself a spot on the senior worlds team.

On the women’s side Scottsdale’s Taylor Ruck is one of the youngest swimmers on the roster. At just 14, she’s broken a ton of records. At this competition alone she took home quite a few marks including breaking a 38-year-old record set at the 1976 Olympic Games.

Penny Oleksiak is another 14-year-old who’s been on fire. She broke three age-group records this weekend and made the finals in multiple events. She’s a sprinter, focusing on the fly and freestyle events.

Rebecca Smith was in the hunt for age-group records earlier this season, locking horns with Oleksiak time and time again. She’s a strong addition to the team.

Danielle Hanus will be great on the backstroke. She successfully represented Canada at the Youth Olympic Games, and has taken down quite a few age-group records herself.

A solid coaching staff is put forth. Matt Bell of AJAX has transformed a small team into a provincial powerhouse. Mix him with the likes of Alan Swanston and Ben Keast and it’s a very solid staff.

Bill O’Toole and Sean Baker will be the other two coaches for the team. Baker is the long-time coach of Oakville where many top swimmers such as Dominique Bouchard and Evan White have came out of.

O’Toole works with Oleksiak and the rest of the Toronto Swim Club. Toronto has proven to produce some of the best swimmers in Canada time and time again.

Here is the complete roster:

Why would a full team of 36 not be named? Many more swimmers were under the qualifying time.

I’m excited to see how this team does over the summer because some of them could play key roles on the Canadian Olympic Team next year!

Clarification on Dominique Blanchard. She swam in North Bay until she went to Missouri, where she is still training. It could very well be that she has never even been in Oakville.

Just to clarify, it is absolutely true that Dom does her training exclusively in Missouri with Coach Greg Rodenbaugh and recently more with assistant John Pontz. Oakville is proud to support her and is extremely grateful for her choosing us as the team she wants to represent.