Richard Funk qualified once more to represent Canada internationally, grabbing a spot on the 2015 Pan Am Games roster with a win in the 100m breaststroke. Current photo via Chris Tanouye, www.christanouye.com 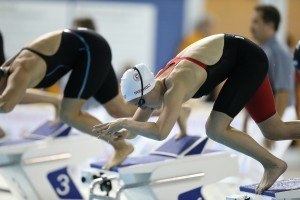 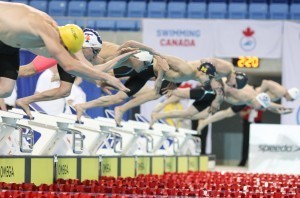 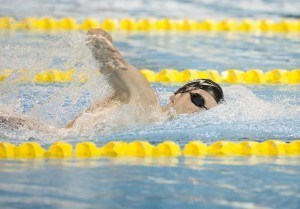 In the 100m breaststroke Funk was just two one-hundredths off qualifying for the World Championship roster with a 1:00.44. He was a 1:00.76 in prelims, sporting two fast swims in one day.

His finals time was within one tenth of a second of his personal best.

In the 200 Funk finished second with a time of 2:13.13. He seemed to have more success in the shorter races with a very fast 27.65 in the 50 to reset his personal best and come within striking distance of the Canadian record.

Funk was very direct in his goal to bring home the gold for Canada this summer.