Cal’s Bryce Mefford Receives 100 Back Re-Swim; Will Swim in A-Final 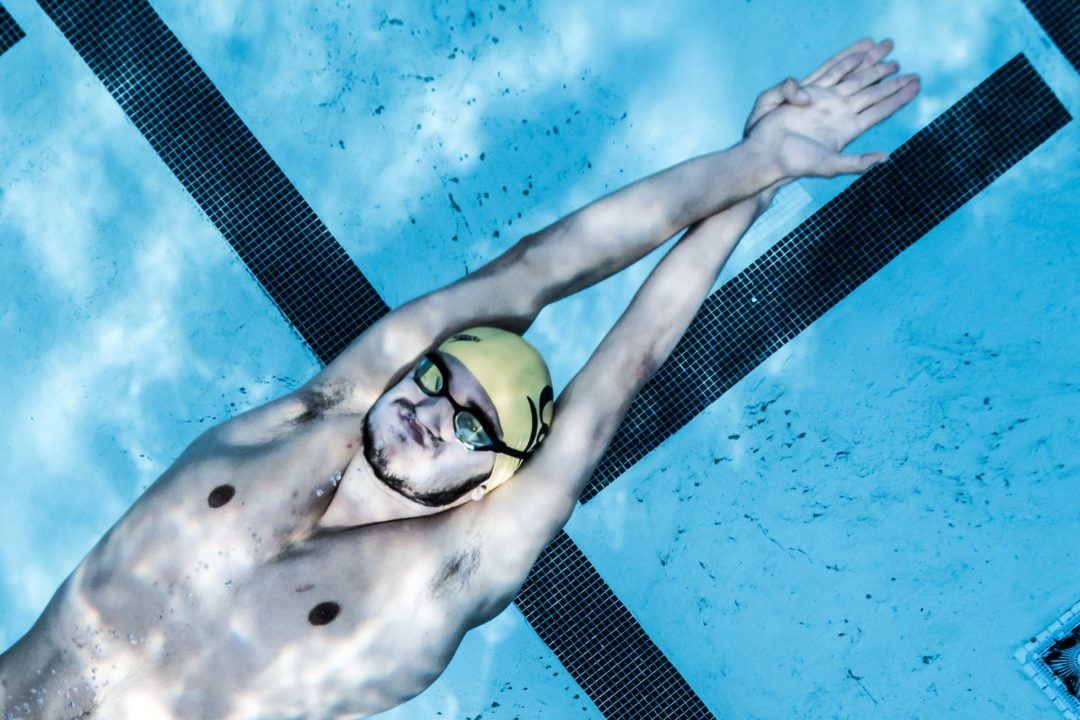 Bryce Mefford of Cal will now swim in the 100 backstroke as the 6th seed after being granted a re-swim. The Golden Bears will have 4 swimmers in the A-final Archive photo via Mike Lewis/Ola Vista Photography

Bryce Mefford of Cal is now seeded 6th in the A-final after a 100 backstroke re-swim. This means that Evangelos Makrygiannis of University of California will now hold the 9th seed and compete in the B-final.

During prelims, Mefford posted a 48.6 in prelims, which was off his seed time by two-seconds, and did not grant him a finals swim. Based on his prelims splits, his second 25 was .6 faster than his opening 25.

According to Cal’s Head Coach, Dave Durden, there was an issue with Mefford’s backstroke wedge, causing it to move on the start. Cal requested a re-swim, which was approved.

At the Men’s 2019 NCAA Championships, Carr was granted a re-swim after his 100 backstroke in prelims. During the race, the wedge was not removed from Carr’s lane following the start, resulting in Carr flipping into the wedge at the halfway mark, clearly affecting his second turn. Prior to the reswim, Carr was 17th overall after prelims. After the re-swim, he was 4th overall, earning a spot in the A-final.

Here’s an even worse call (albeit less important). Officials at the Southern Athletic Association conference championships allowed a women’s heat of 100 back to be swum again BUT at the beginning of the night session (with all participants allowed!) because of a wedge slip (someone claimed malfunction but it worked fine for all heats after hers).

If it’s true that he just slipped and it wasn’t a wedge malfunction I would be upset if I were a coach on another team. People used to slip a fair amount pre-wedges and it never resulted in second chances.

I even got annoyed at 2019 worlds with one backstroker (I believe he was Italian) who kept having wedge “malfunctions” and got 3 restarts. In reality he was putting all of his weight onto the wedge and pressing almost straight down, and the backstroke wedge was never intended for that. It was only meant to provide better purchase than a totally flat touchpad.

I will say as someone who was at the womens pac12s, I noticed some girls having issues with the backstroke wedges and slipped. Isabelle stadden had that issue as well, thankfully officials noticed

Does this backstroke wedge problem happened often at meets?

I think it worlds the cylinder wasn’t lock in place.

So funny how Dave’s vendetta against Eddie began because of the special treatment he got due to his sick swimmers, but now Dave is getting away with stuff seemingly every year

It’s still alive and well- Durden’s 12 year hate fest of Eddie and anything Texas. It began at 2010 nc’s when he thought Texas got preferential treatment. He has bad mouthed Eddie to recruits for years and been a poor sport when he loses.

It’s part of a coach’s job to stick up for his swimmers.

I hope someone sends you guys the video because if swim fans see it will be embarrassing for the Pac 12, the officials and Cal. There was nothing wrong with the wedge, it didn’t move, he just slipped.

This after they pulled the 200 IM final off the blocks last night because Hugo was in an illegal suit and allowed to change.

Officials caving to the demands of a staff not because of what’s right but because of their stature in the sport.

For sure. Also to clear anything up I was 100% in favor of Carr’s re-swim in 2019. That wasn’t in his control…this isn’t that. He just slipped…there was no malfunction.