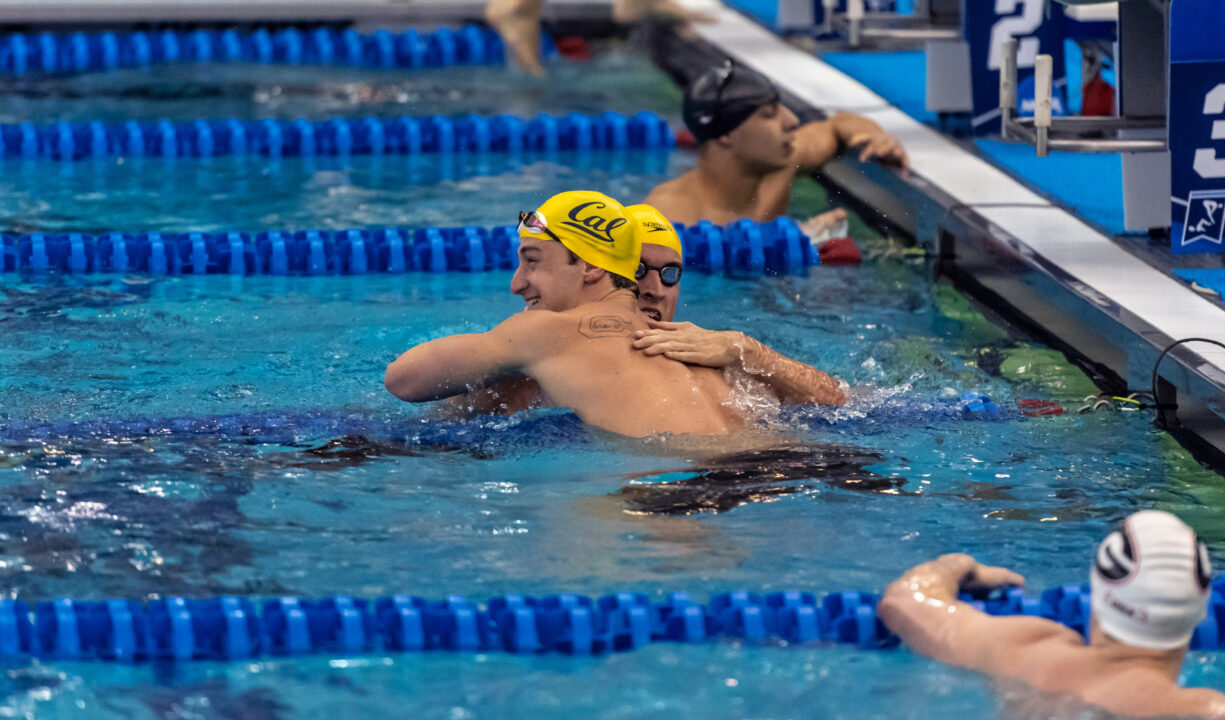 While Cal fell a bit short to Texas in the overall battle, the Bears closed out the meet with their win in the 400 free relay since 2011. Current photo via Luke Jamroz Photography ©

In our 400 free relay preview article, we noted that the Cal Bears hadn’t won a 400 free relay title since 2011. While the Bears fell short of the overall NCAA championship, they still went out in style, taking their first title in this event in a decade with a time of 2:46.60.

That’s exactly the reverse of what happened in 2019, when Cal took the team title, but Texas won the 400 free relay with one of the fastest times ever to close out the meet. This is now the 7th-straight NCAA Championships where Cal and Texas have finished in the top two spots, with Texas winning five times and Cal twice.

Cal and Texas each put at least one man into every A-final, something that’s rare enough for one school today. We’re not sure if two schools have ever done it before at the same meet, or if so, how long it’s been, but it’s safe to say it is not a regular occurrence, further testifying to just how dominant these two teams were this week.

Back to the relay — Cal’s Ryan Hoffer, the winner in the individual 100 freestyle, had the fastest relay split of the night a 40.86 on Cal’s second leg. Florida’s Kieran Smith (41.27) and Eric Friese (41.45) had the next two fastest splits, while Alabama’s Matt King had the fastest leadoff with a 41.64

There’s a lot more we can analyze, but it’s been a long couple weeks of racing, so check back over the next few days as we break down the results in more detail. For now, here’s all the relay splits from tonight, sorted in order:

Don’t hold your breath on BC scoring…

Thank you SwimSwam. Still waiting on the live results and it’s really harshing my mellow. Really dont understand the delay.

Harsh dude! Live results aren’t showing the 400 Free Relay results and your post
of relay splits left off all the Texas swimmers!

Those safe starts really bit into the Texas splits.

Thanks! Appreciate it, and enjoyed the article.