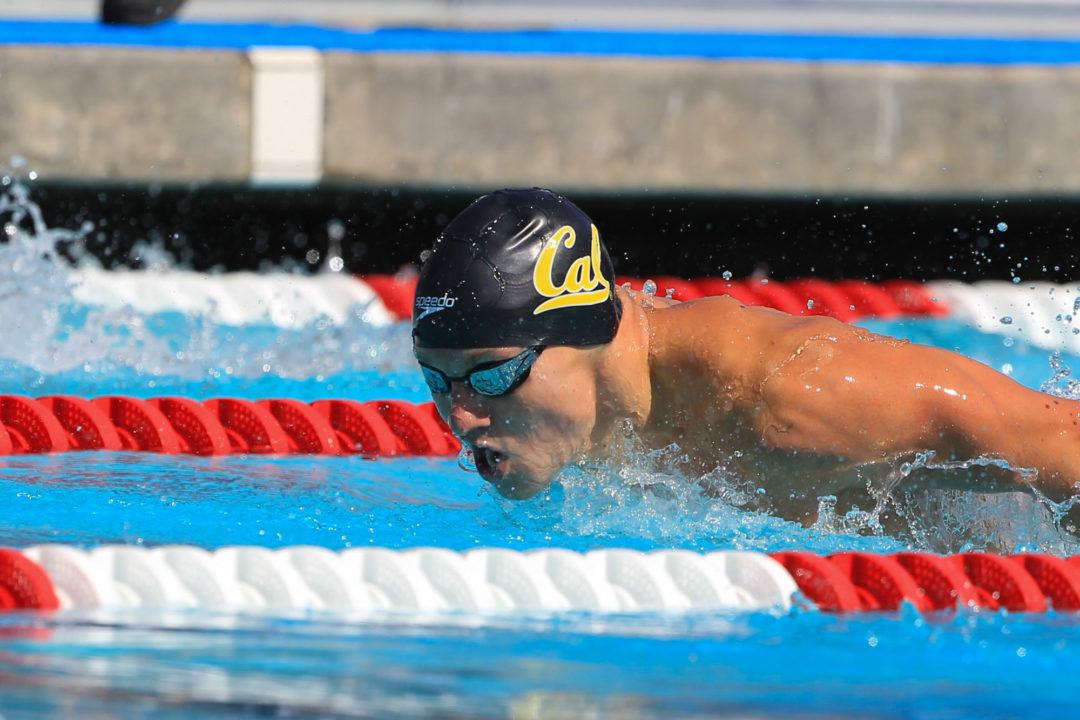 Defending champion Texas is ranked No. 4 as Cal maintains the top spot in the final 2019 CSCAA ranks. Archive photo via Tim Binning/TheSwimPictures.com

Teams 2-5 saw some significant movement, as Indiana moved from No. 3 to No. 2, and NC State jumped from No. 5 to No. 3. With that, the defending champions Texas dropped from No. 2 to No. 4, and previously No. 4 Michigan dropped to No. 6.

In the final poll of 2018 before going on to win its fourth-straight title, Texas was ranked No. 6 by the CSCAA.

Cal will out swim Texas. NC State will out swim IU but add in diving and those two teams will flip flop. Texas wins another close one but anything can happen.

Gorb has spoken, so it shall be.

I don’t know about that one chief Keith

Does Gorb have an unexpected history of prophecy in this matter?

Don’t be a bunch of homers! Harvard will destroy everyone for obvious reasons!

And the swimming world’s least connected to reality rankings continue

Well it does say “dual meet” poll so I say for dual meets it’s pretty accurat.

No Auburn – How times change