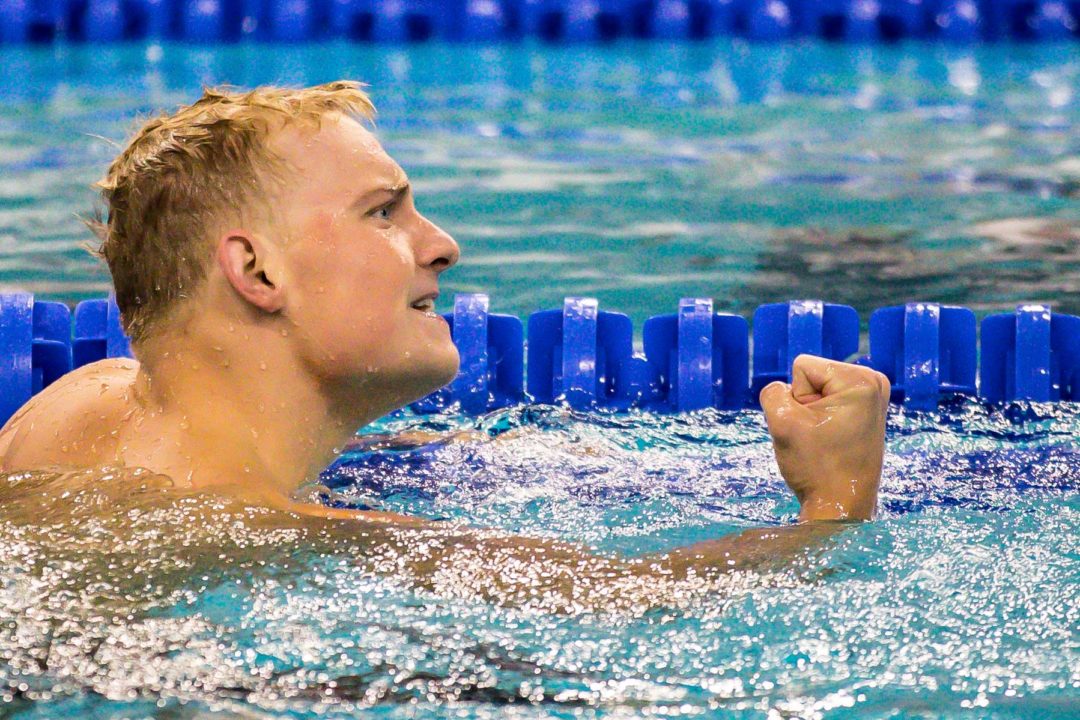 The California men have mathematically clinched the 2019 NCAA team title after the 200 breaststroke. Current photo via Jack Spitser/Spitser Photography

The California men have mathematically clinched the 2019 NCAA team title after the 200 breaststroke.

Cal headed into the final day with a 43-point lead, and dominated with 11 scoring swims out of prelims this morning. Two more milers scored to put Cal firmly in control, but they now have enough points that they could still win the meet over Texas even with DQs to all their remaining events.

The max Texas can score in the final relay is 40. They could score a max of 29 on platform diving, and a max of 9 in the 200 butterfly, leaving them with 78 potential points left. Cal currently leads by 88 after Andrew Seliskar and Reece Whitley went 1st and 5th in the 200 breast.

We’ll have a more full scoring analysis coming later tonight, but Cal’s win goes all the way back to day 2 prelims, when they tore up the field with huge moves from seed. That night, Cal won almost every A and B final they had a swimmer or relay in, setting a dominant tone for the meet and building a points lead they never relinquished.

The win will snap a four-year Texas run as team champs. Interestingly, the last NCAA meet Texas lost was also hosted here in Austin: the 2014 edition of the meet, which Cal won over Texas by 51.