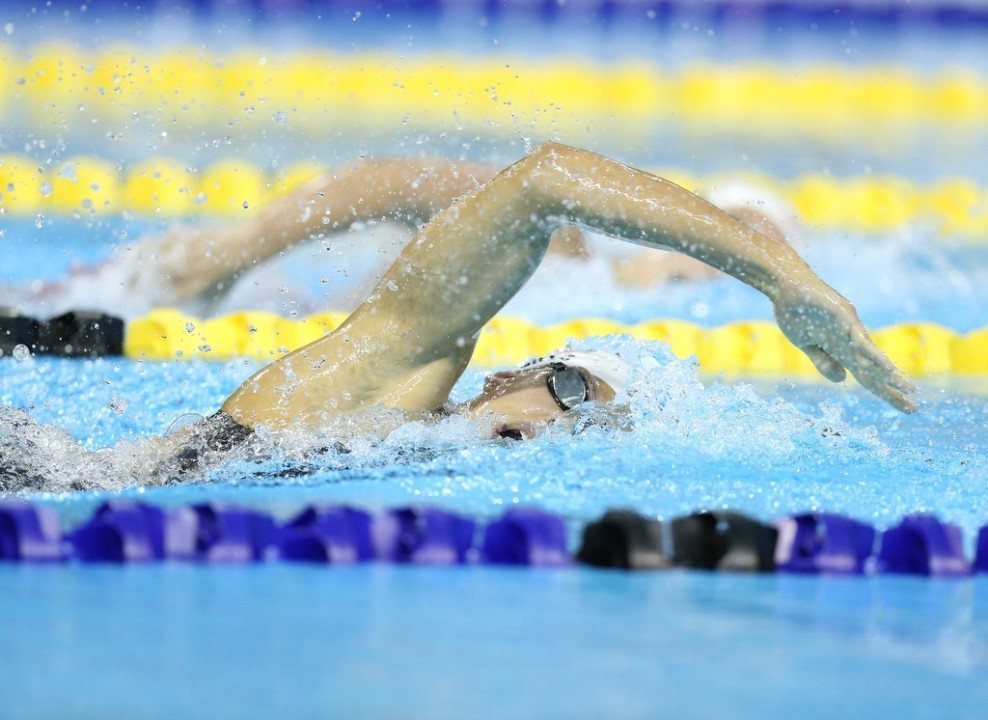 Olympic medallist Caitlin Leverenz proved to be in great contention to win the 400m IM tonight at the Toronto 2015 Pan American Games after breaking the games record in prelims this morning. Current photo via Chris Tanouye/www.ChrisTanouye.com

Olympic medallist Caitlin Leverenz proved to be in great contention to win the 400m IM tonight at the Toronto 2015 Pan American Games after breaking the games record in prelims this morning.

Smooth and controlled, Leverenz is the clear leader for the final which will feature two Canadians right behind her. Emily Overholt and Sydney Pickrem qualified second and third behind her.

Out fast this morning, Leverenz was a 1:01.71 on the fly split. On the backstroke leg, Leverenz split a 1:12.02. Her breaststroke is where she separated herself from the others by a long shot, rocking a 1:17.01 split that put her way out in front with 100 to go.

Leverenz’s time ranks her 11th in the world this season. That spot was formerly held by American Maya DiRado for the 4:37.85 she swam in Australia in early January.

By bumping out DiRado, Leverenz is the second fastest American this season in the 400m IM behind only Elizabeth Beisel.

If Leverenz wants to beat Beisel’s time tonight, she will need to go a 4:36.71 or better. Currently Leverenz’s personal best time sits at 4:34.48 from the 2012 Olympic Trials.