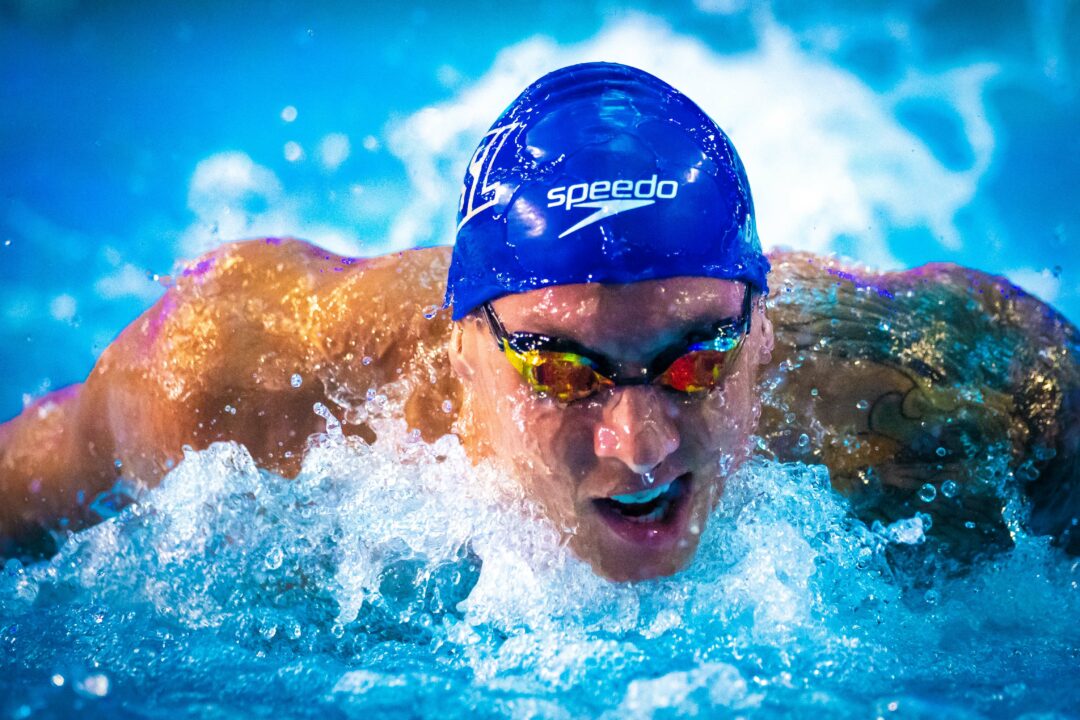 The biggest star in the International Swimming League (ISL) is done for the regular season.

After withdrawing from the second day of Match 6 on Sunday, Cali Condors General Manager Jason Lezak announced that reigning league MVP Caeleb Dressel will sit out for the rest of the ISL regular season.

“Caeleb was not feeling well before his match on the 12th and as a team, we decided that it would be best for him to sit out of the rest of the regular season so that he will be in optimal condition for the playoffs,” Lezak said in a statement.

“His contribution to Cali Condors has been invaluable and we are excited about what the rest of the season holds for our team. With his leadership, the Cali Condors will head to the playoffs with confidence to defend our title.”

Dressel scratched out of the second day of Match 6 after reportedly not feeling well.

His agent has told SwimSwam that Dressel does not have COVID-19.

With Dressel absent on Sunday, Cali lost their first match since the Season 1 Finale, with the London Roar (529.5) topping the defending champions by 51 points. The Condors remain in first place for Season 3 with 11 points, essentially securing them a spot in the postseason.

The Condors only have one more regular-season match scheduled, Match 7 on Sept. 16-17, and then they’ll have a bit of a break until the playoffs begin on November 11 in Eindhoven.

Dressel was the Match MVP in all three of his appearances in Season 1, and then won the honor five times in Season 2, winning the Season MVP award by over 100 points as he led the Condors to the ISL Championship.

In addition to being the overall scoring leader in Season 3, Dressel also earned MVP honors in Match 4.

That’s true. I think he may have stayed on for a 3rd match just to test the waters (no pun intended) in the 200 IM. Even if he hadn’t become ill, he probably would’ve left after Day 2 of the 3rd match. Get well, sir, as we are looking for more greatness from the world’s greatest sprinter.

Strings out for CD

Wish I could swim that fast in full health let alone becoming unwell!! Hope his recovery is as speedy as his swimming!

He has been grinding for almost 2 years straight without stopping. (I am sure not the only one…) but that HAS to take a ton mentally and physically. Rest up! Then I will love to see you back rested!

Aside from hoping it’s not COVID (seems like he wouldn’t be able to fly in that case), I hope he’s not injured.

You know it’s not a death sentence. He’s had the jab, which is supposed to lessen the effects right?

Should I have said that I hope it’s covid, smartypants?

He haas not recovered..

What’s this a reference to? I keep seeing it around. Is it about how Townley attacked the crap out of his 500 at NCAAs that one year then fell short in the 200 because he couldn’t recover?