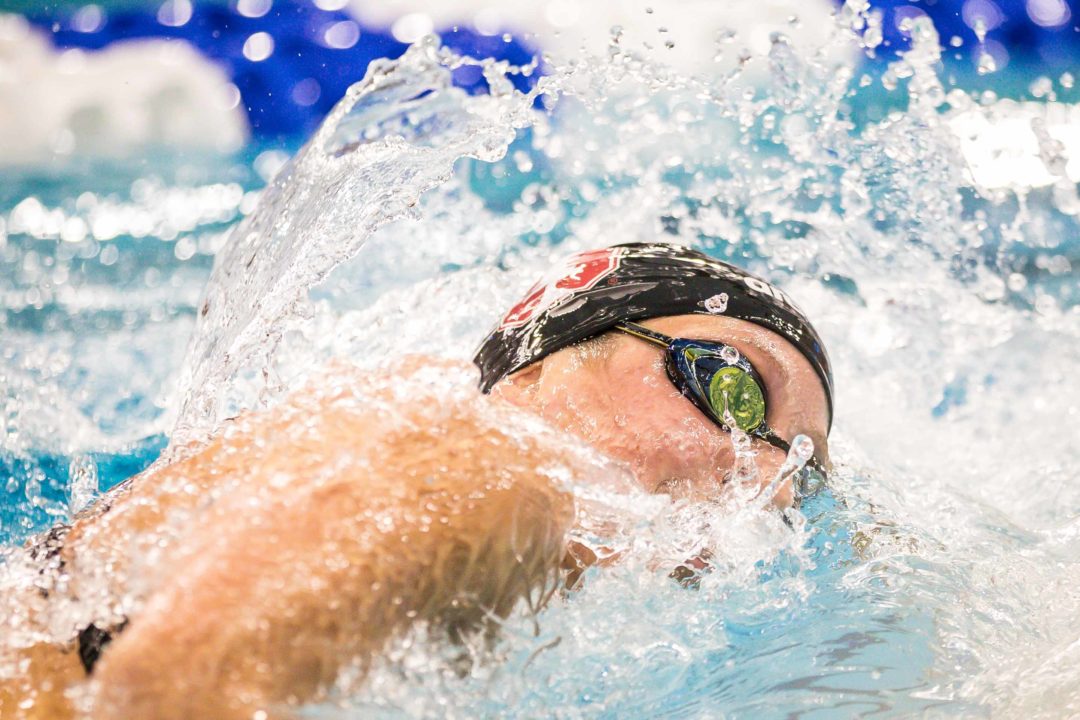 Compared to a long list of big-name scratches from the Pro Swim Series’ Richmond stop, the San Antonio meet has just a few notable scratches, including Brooke Forde.

Forde, a current Stanford senior, was seeded second in the 400 IM and third in the 200 free in the San Antonio meet’s original psych sheets. The six-time NCAA champ had four event entries, but no longer appears on the psych sheets. Stanford, like much of the Pac-12, has only competed sparingly this fall with the college season still under coronavirus pandemic protocols.

Former Queens and Cal standout Matthew Josa was originally entered as an unattached swimmer. He would have competed in four events: the 100 fly, 100 back, 50 free, and 100 free. But he’s also scratched off the updated psych sheets.

The only other notable change in today’s updated psych sheets is that Arik Katz has scratched out of three of his four events. Katz, competing for Veritas Swimming, was originally entered in four races. He’s dropped out of his three best events (the 400, 800, and 1500 frees), but remains on the psych sheet in the 200 free where he is the 22nd seed.

You can see the full updated psych sheet here.