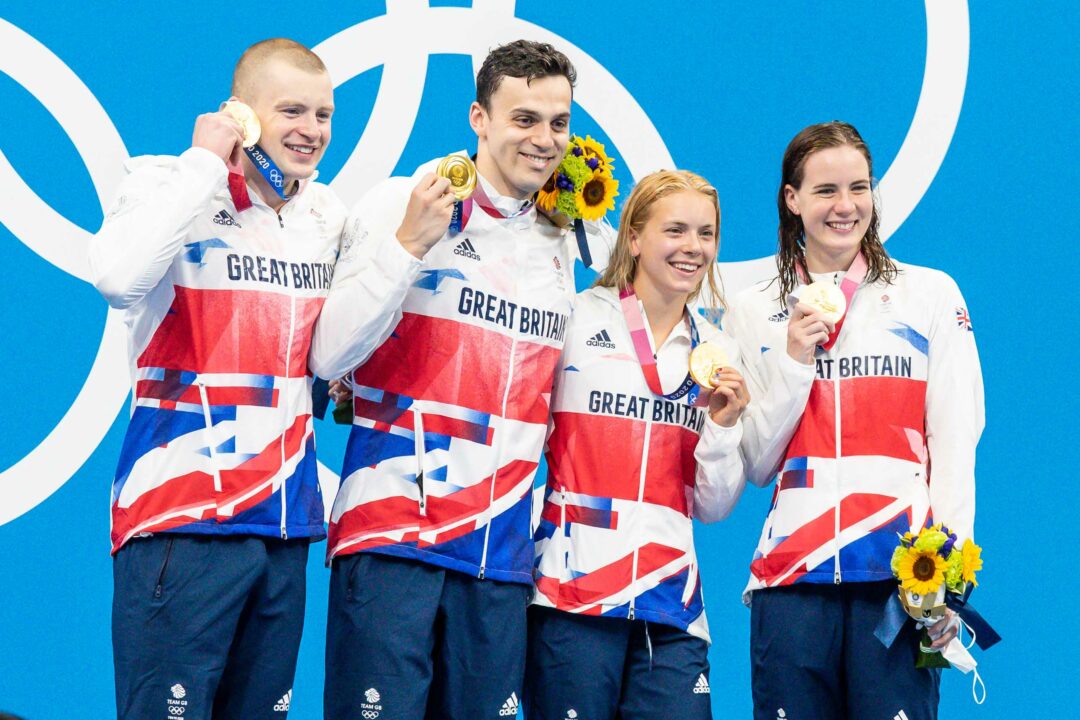 Great Britain announced that they will not compete in the 2022 Short Course World Championships and the 2024 European Championships, scheduled for Kazan. Current photo via Jack Spitser/Spitser Photography

British Swimming has now pulled out of the 2022 Short Course World Championships and the 2024 European Championships, which are both scheduled to take place in Kazan, Russia.

British Swimming unreservedly condemns the atrocities being committed on the people of Ukraine following the unwarranted declaration of war by the Russian leadership, supported by the leadership in Belarus.

British Swimming supports a ban on Russia and Belarus from all aquatics competition, and confirms that it will be withdrawing from all events currently due to take place in Russia or Belarus, including the 2022 FINA World Short Course Championships and the 2024 European Championships, both scheduled for Kazan, Russia.

This decision is taken out of solidarity with the people and athletes of Ukraine and with the safety of our athletes, staff and officials at the forefront of our minds.

On Twitter, Scottish Swimming retweeted British Swimming’s statement and added, “While sport can help break down barriers, we stand in solidarity with the people of Ukraine.”

We fully support the following statement made by our colleagues at British Swimming.

While sport can help break down barriers, we stand in solidarity with the people of Ukraine 🇺🇦 https://t.co/1ZMzKGnahK

This news comes 24-hours after the British Olympic Administration (BOA) and the National Olympic Committee (NOC) of Germany released a statement calling on the international sports community to exclude Russia and Belarus from competition.

Earlier on Tuesday, Russian President Vladamir Putin was stripped of his FINA Order, which was awarded in 2014. FINA will now require athletes of Russia and Belarus to compete under neutral athletes and neutral teams.

Great Britain now adds itself to the list of national aquatics federations to pressure FINA to remove meets from Russia, agreeing with the IOC’s recommendation to ban Russian and Belarusian athletes from competition.

As of this article’s publication, Great Britain, Canada, Australia, Switzerland, 9 Nordic Nations, and Ukraine have all made public statements about not attending meets in Russia as a result of the invasion on Ukraine.