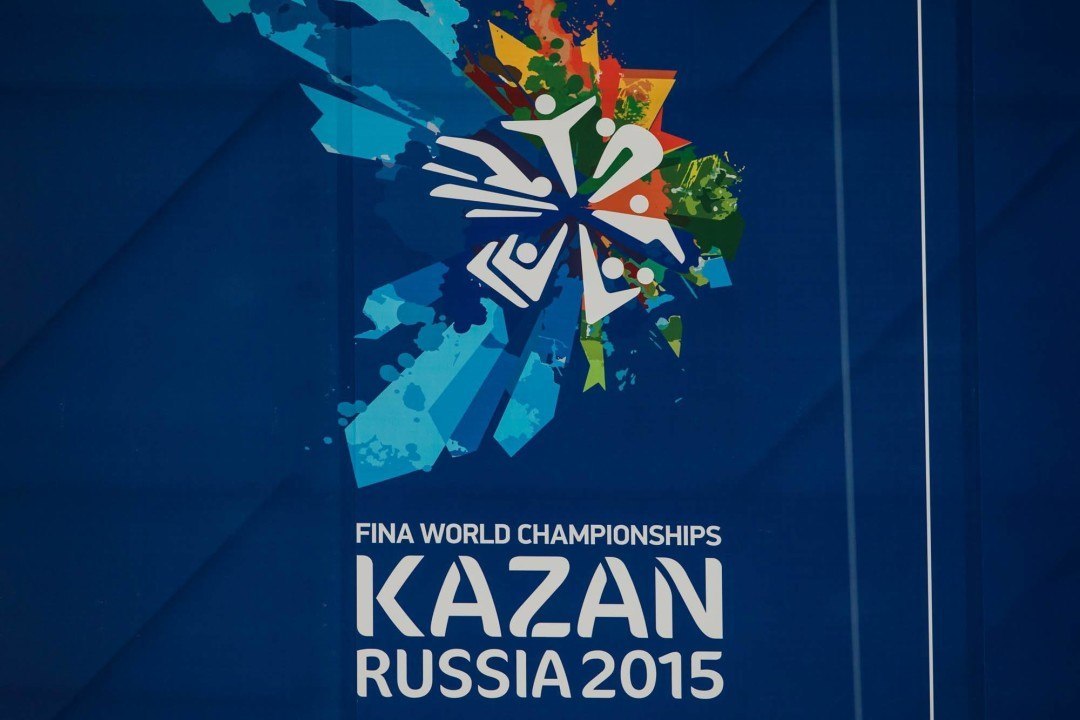 FINA stopped short of a total ban against Russian and Belarusian athletes and officials, but did bar the country's flag, anthem, and colors at international competitions. Stock photo via Tim Binning/TheSwimPictures.com

FINA, the international governing body of aquatic sports, have taken more steps forward in sanctioning Russian aquatic athletes, but continue to stand short of a full ban from international competitions.

On Tuesday, FINA announced that they have “withdrawn” the FINA Order awarded to Russian President Vladimir Putin, the man who primarily for Russia’s invasion of Ukraine over the last week. The Order was given to Putin in 2014

At the time, FINA President Julio Maglione said this of Putin:

Russia is undoubtedly one of the most important and major powers in world sport. These achievements are only possible thanks to the active support from the Russian authorities to Aquatics. The personal involvement of President Putin in this area greatly contributes to strengthen the fraternity between nations, improve the lifestyle and education of the youth in Russia and promote a healthier society, in a spirit of peace and friendship.”

FINA recognized Putin’s “important support in the organisation of major FINA events in Russian soil, thus bringing additional development to the FINA disciplines and providing increased value to Aquatics within the Russian society and worldwide.”

Those statements inextricably link Putin directly to the aquatic industry and justify the removal of competition from the country based on his orders to invade Ukraine that has caused at least 102 civilian deaths in the country, according to the United Nations.

FINA has also barred Russian and Belarusian flags, anthems, and symbols from international competition, saying that athletes and teams from those countries should be “accepted only as neutral athletes or neutral teams.”

Until further notice, no athlete or Aquatics official from Russia or Belarus be allowed to take part under the name of Russia or Belarus. Russian or Belarusian nationals, be it as individuals or teams, should be accepted only as neutral athletes or neutral teams. No national symbols, colours, flags should be displayed or anthems should be played, in international Aquatics events which are not already part of the respective World Anti-Doping Agency (WADA) sanctions for Russia.

Last week, FINA canceled some, but not all, international aquatics events scheduled to be hosted in Russia this year. Competitions in diving and artistic swimming (synchronized swimming), as well as the World Junior Swimming Championships, have been pulled from Russia, so far without replacement hosts. FINA remains one of the very few international sporting federations that have left an international competition in the country this year: no announcement has been made yet about the World Short Course Swimming Championships. FIVB, the international  volleyball federation, was one of the last holdouts alongside FINA, and finally withdrew the men’s volleyball World Championship tournament from Russia earlier this week under immense international pressure.

FINA has also not sanctioned All-Russia Swimming Federation head Vladimir Salnikov, who remains an active member of the FINA Bureau.

This is weak AF. If the ISU, which is dominated by Russian skaters, can say no Russian/Belarussian skaters PERIODT, FINA should be able to do the same.

A lot of Russian athletes are already training and living in other countries. If they relinquish allegiance and wish to gain citizenship in another country, then expedite their applications so they can continue to compete, and represent their new country. This will serve as punishment to Russia without taking away swimmers careers. Even with their state doping programs, it’s rarely the athletes who initiate or are willing participants – it’s often systematic and forced. I don’t blame the athletes and other civilians for leaving Russia if they can.

Compare this to the Athletics statement today – where most Russian athletes were already banned due to state doping offences – only ‘natural’ athletes were allowed but even they have now been banned:

World Athletics excludes competitors from the two nations, including ‘authorised neutral athletes’, due to the attacks on Ukraine

Russians and Belarusians with authorised neutral athlete (ANA) status have been barred from competition by World Athletics following Russia’s military attacks on Ukraine.
A statement from the global governing body said: “All athletes, support personnel and officials from Russia and Belarus will be excluded from all World Athletics Series events for the foreseeable future, with immediate effect.”

Oh no, Putin stripped of a useless honor. The honor that was given out the same year he invaded Crimea.

I’ll say it again, should’ve done the same to America when they were terrorizing the Middle East but I guess when America does it it’s okay

This is very disappointing, such measures were already in place in the Olympics and that was over Russian doping, not Russia invading another sovereign country.