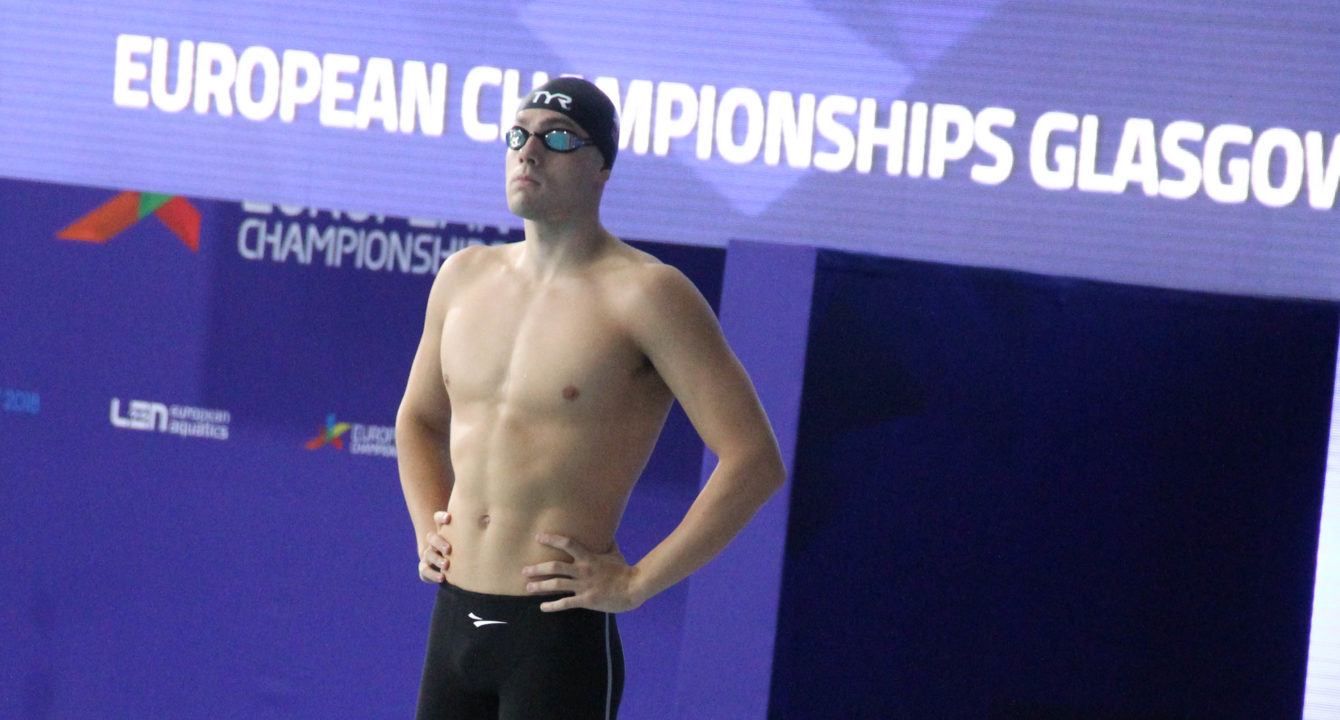 Scott and Guy had the 2nd and 3rd fastest splits in the field, with Italian Filippo Megli the fastest at 1:45.44.

The previous mark belonged to the Russians, who established a time of 7:06.71 back at the 2010 Championships in Budapest. Team Russia placed 2nd in the race tonight, also getting under their old record in a time of 7:06.66.

Check out a split comparison of the new and previous records below:

Additionally, Sweden broke their National Record in the event, posting a time of 7:14.03 to lower their previous record of 7:15.11 (set in the prelims). Coming into the meet they’re fastest ever was 7:16.32 from the 2016 Euros in London. They’re team consisted of Victor Johansson, Robin Hanson, Gustaf Dahlman and Adam Paulsson.