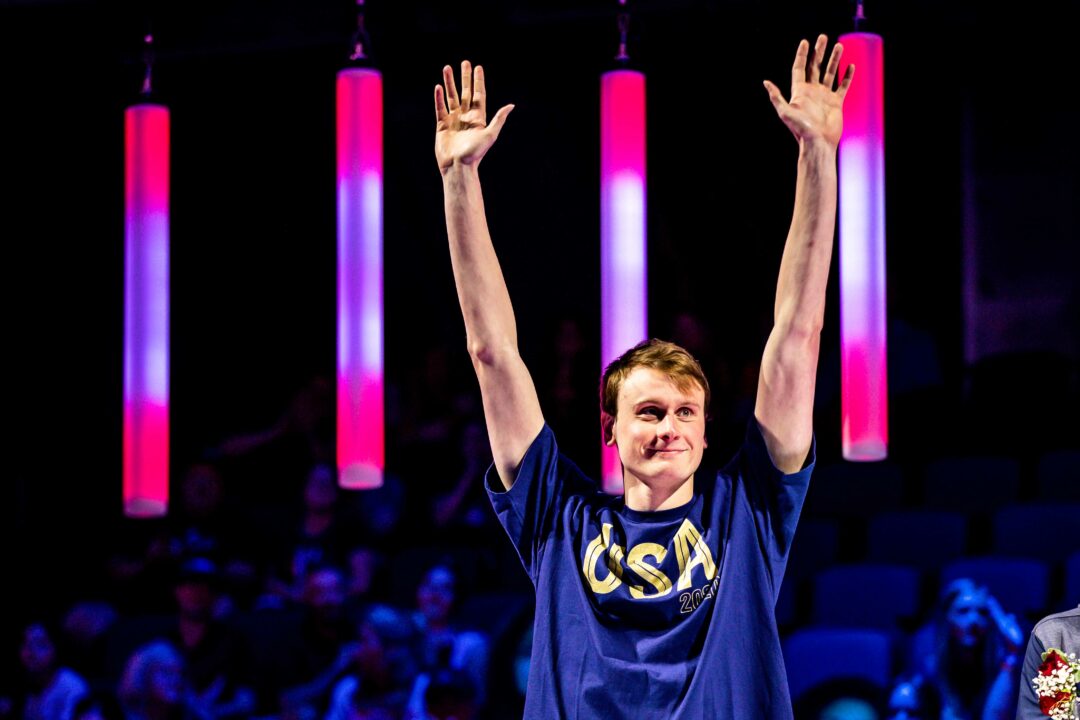 The 2016 U.S. Open was held right before the Rio 2016 Olympics for swimmers that *just* missed the team. Some standout names from that meet are now Olympians. Current photo via Jack Spitser/Spitser Photography

The dual-site 2021 Speedo Spring Championships are taking place this week in Greensboro, NC and Irvine, CA. This meet serves as a summer-concluding championship meet for fast swimming following the U.S. Olympic Trials, for most. Similarly, the 2016 U.S. Open meet served as a last-chance racing opportunity for some swimmers who just missed the Olympic team and others who are maybe a bit too early for an Olympic Team still.

Both of these meets showcase a different type of value that many can overlook. Numerous names that were at the top of these 2016 U.S. Open results wound up writing their names on top of the 2020 U.S. Olympic Trials results.

So while it’s easy to write them off as an afterthought of the Olympics and Olympic Trials, they’re so much more than that: they’re the beginning of the new chapter of the Paris 2024 Olympic (triad?), the spot where the next round of Olympians will stake their claim for the future, and a moment to capture some confidence.

At the 2021 U.S. Olympic Trials, Becker placed fifth to grab a 4×100 relay spot. His stellar leg in prelims earned him a spot on the finals relay, where he aided a gold medal performance. Meanwhile, Andrew won the 100 breast and 200 IM at Trials, as well as placing 2nd in the 50 free. In Tokyo, Andrew just missed the podium in his three events, however, was a member of the gold medal-winning 4×100 medley relay.

After placing third at the U.S. Olympic Trials, Andrew Wilson won two U.S. Open titles, sweeping the breaststroke events. Wilson first won the 200 breast in a meet record time of 2:09.73. Brit James Wilby finished in second at 2:10.01. In the 100 event, Wilson also took a win at 59.51, just 0.09s off the U.S. Open meet record. Wilby settled for second in 1:00.77. Both Wilson and Wilby swam breaststroke on the prelims 4×100 medley relays for their countries. Wilson walked away with a gold medal while Wilby now has Olympic silver.

Aussie Alexander Graham finished third in the 100 free A-final at 49.97. His country-mate Zac Incerti faded to 16th in the B-final after swimming 50.42 in prelims. For the Tokyo 2020 Olympics, Graham and Incerti were prelims/finals members of the 4×100 and 4×200 free relays, both becoming double Olympic bronze medalists.

While many names found success five years and a pandemic later, a few other names wound up disappearing following some promising swims. Aussie Sian Whittaker took the 200 back title at 2:08.64 while 16-year-old Eva Merrell took second at 2:09.54. Whittaker had to take a break from competitive swimming following an endometriosis diagnosis in summer 2019. She has been in the works of making a comeback in 2021. Meanwhile, Merrell hit 2:10.22 at 2017 PSS Mesa, setting herself up for a nice championship season, until she swam a pair of 2:14s at that year’s U.S. Nationals. No times have been found for her after summer 2017.

In the same way that many of the aforementioned names made an impact this Olympic cycle, a similar group that is topping these Speedo Spring Championships could set themselves up for a great Paris 2024 campaign.

Wow MA used to split under 30…

Exactly. Is he going out way too fast now?

Nope. Just needs to take his training for the first 3×50’s and keep extending to the fourth. Plus go even faster on the first 150. Not in the rule books you have to break 30 to do so. But actually, one of his 6 swims he actually did break 29 at Trials. I think he ranged from 29 high to 30.6 between the 6 swims.

Now, hear me out on this, but MA should train with Gregg troy for a year or two, he’d get back to swimming that fast

I agree have been saying that for a while to myself

Unless he died first.