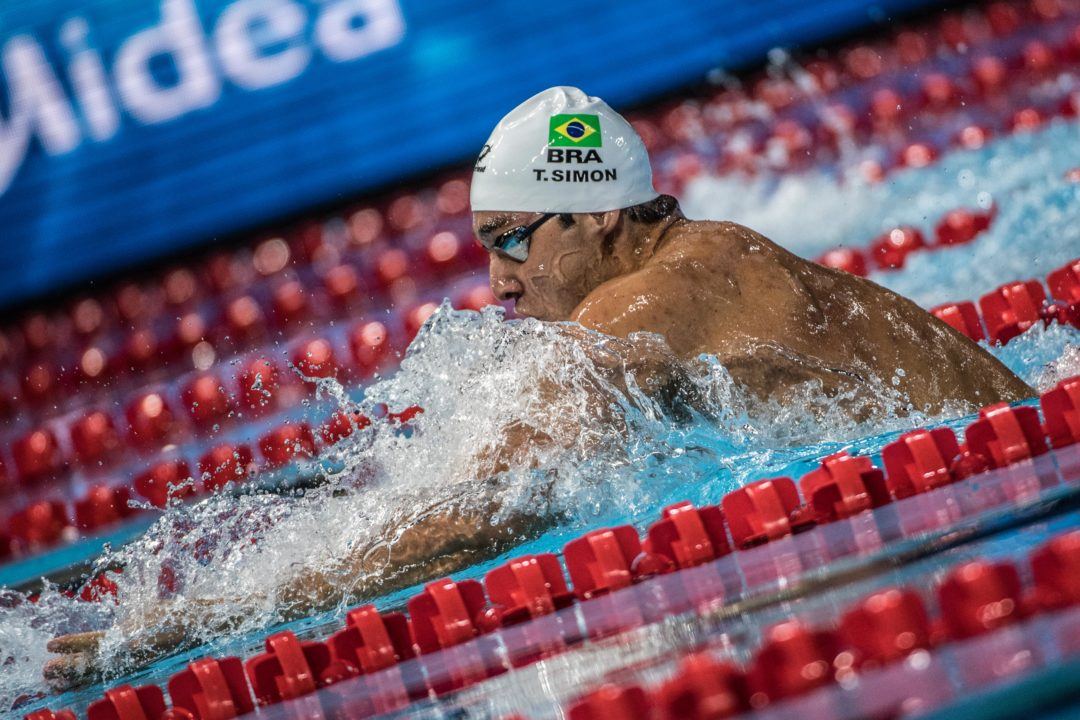 According to Franca, the flexibility in training that Unisanta will provide was a big factor in his decision. He will represent Unisanta for the next three years, however he will not train daily in Santos.

After his first training session with Unisanta Franca spoke regarding his expectations for the next Olympics and plans for the upcoming season. He stated that his goals for this season are to beat the long course 50m breastroke world record and to win all competitions in 2017.

The three time Olympian and Pan-American champion also spoke about the recently reduced CBDA budget and Brazilian swimming as a whole.

“Brazil is going through a period of readjustment. Everyone speaks of crisis, but I prefer to call it a ‘readjustment’,” said Franca in an interview with Globo. “I believe that by the end of 2018 this scenario will change a lot, and we will get strong at the Tokyo Olympics.”

Franca says that his goal is to break the World Record in the 50 meter breaststroke. Franca is currently the 5th best breaststroker in history with a 26.76; the current World Record, held by Britain’s Adam Peaty, is 26.42 from the 2015 World Championships.

The picture is from Thiago Simon, another breastroker from Unisanta