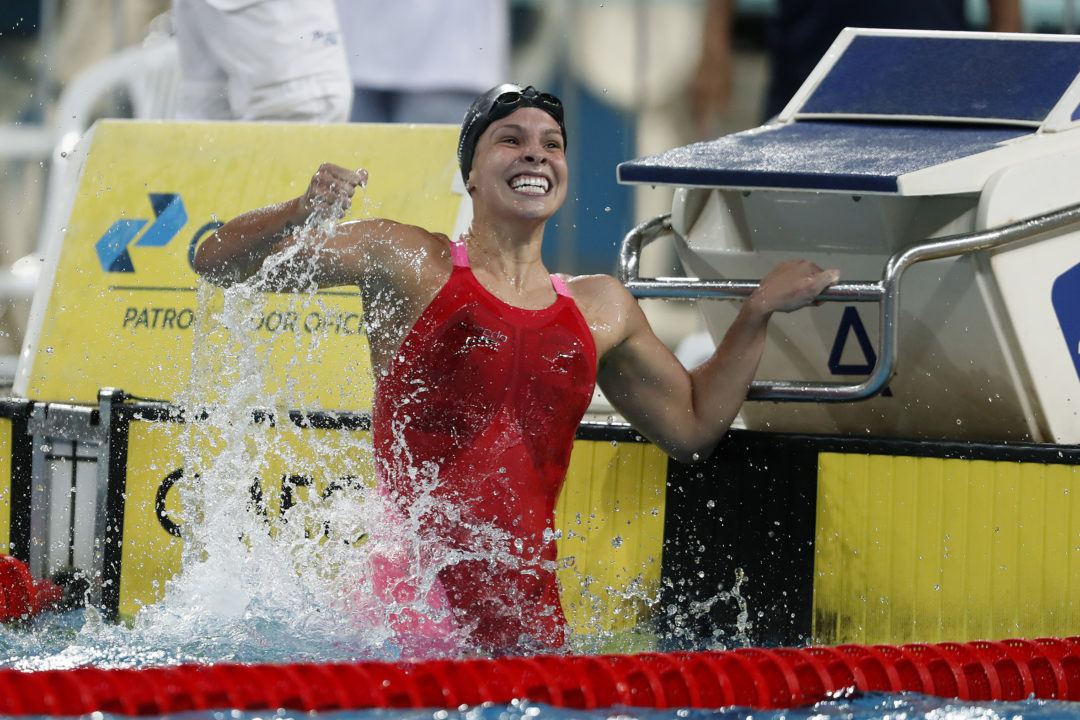 24-year-old Brazilian Giovanna Diamante posted a personal-best 53.98 split in Friday’s mixed 4×100 freestyle relay, helping her squad set a new continental record in the event with a 3:24.78. Diamante came into the meet with a personal best of 54.96 from April that she’s already improved by nearly a second. In the women’s 4×100 free relay on Saturday, she clocked a 54.09 split.

Anchoring the team was 17-year-old Stephanie Balduccini, who became the first South American to dip under 54 seconds on Saturday with a 53.97 in the women’s 4×100 free relay. The youngest Brazilian Olympian in 41 years, Balduccini’s 54.04 on the final leg passed Italy to place Brazil 6th.

Larissa Oliveria still holds both the Brazilian and South American records in the 100 free individually at a 54.03 from back in 2016.

26-year-old Gabriel Santos opened the relay with a 48.73 for Brazil, slightly slower than his prelims time of 48.70. But Vinicius Assuncao’s 48.03 split on the second leg kept the Brazilians within striking range before the women made their move down the stretch.

The previous South American record was also held by the Brazilians, a 3.25.58 from the 2015 World Championships. This year’s squad was .73 seconds off that mark in prelims, but they made up that time on a few legs of the finals relay.

It was one of three South American records that fell on the penultimate day of racing in Budapest, Hungary. It also marked the second South American relay record set by the Brazilians this week after setting the men’s 4×200 free relay standard on Thursday.

Yeah, this is a weird article