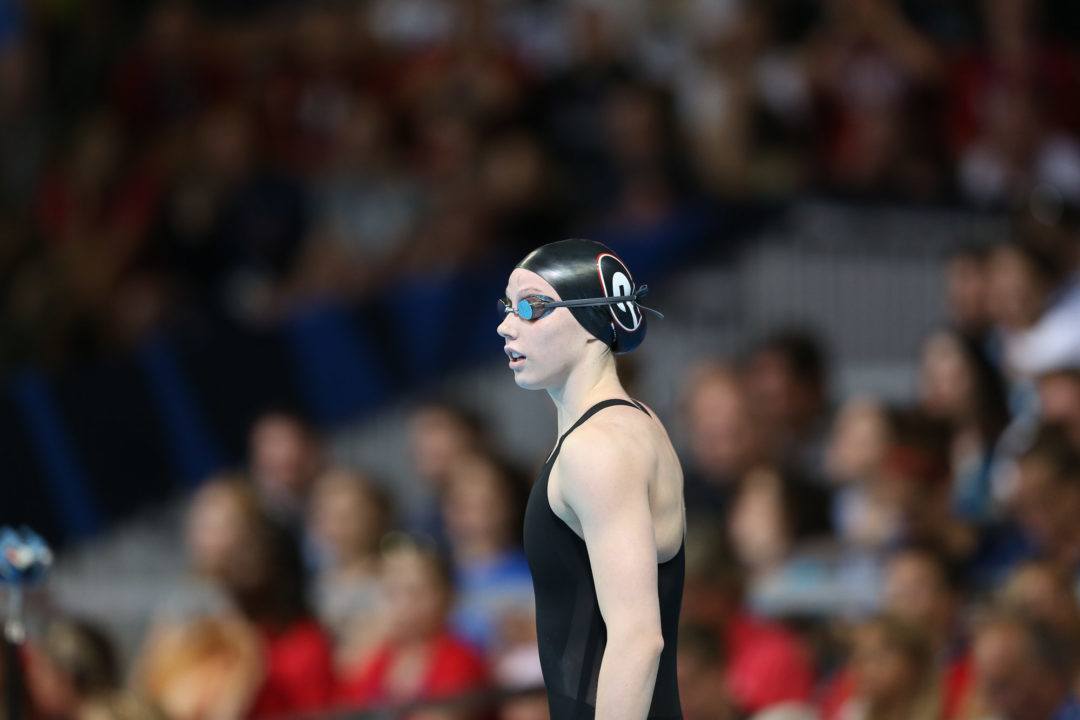 Hali Flickinger is one of nine swimmers affiliated with UGA on the 2017 U.S. Worlds team. Archive photo via Tim Binning/TheSwimPictures.com

There are age groupers, college kids, and pros mixed in to the 2017 U.S. Worlds Team, which is 45 swimmers (pool and open water, combined) strong. The swimming scene in the USA is dominated by the NCAA collegiate system, which typically acts as a feeder for the national team and eventual professional careers. We’ve compiled a breakdown of college affiliations from all of the swimmers on the U.S. team for Budapest, based on where they’re committed to swim, where they currently go to school or where they most recently competed as an undergrad.

In terms of conference, the SEC reigns supreme with 19 swimmers. The Pac-12 has 13 swimmers affiliated, while the Big Ten and ACC have 7 each. Texas is the sole representative for the Big 12 conference with 4 swimmers

NOTE: Open Water swimmers have been included in this breakdown. Their names are followed by an ‘OW’ to distinguish them from the pool swimmers.

These are the teams with at least four swimmers headed to Budapest for the USA. Coaches from all of these schools are on the Worlds coaching staff, with Cal’s Dave Durden (men’s head coach) and Stanford‘s Greg Meehan (women’s head coach) taking leading roles.

The winners of overall bragging rights, with a landslide victory, goes to the University of Georgia. They have seven alums, one current swimmer (Jay Litherland) and one class of 2022 commit (Dakota Luther) going to Worlds this summer. As expected UGA head coach Jack Bauerle was named to the 2017 Worlds coaching staff.

These schools have two or three swimmers each going to Worlds. Some of them, like Florida, have swimmers who aren’t connected by age (Dressel is 20, Beisel 24, and Dwyer 28). Florida is a perennial powerhouse, though, so it makes sense to have swimmers from various different years representing. Other schools, like Texas A&M, have swimmers like Bethany Galat and Sarah Gibson who are current training partners.

This isn’t a knock on any of the following programs– they just are being represented by a sole swimmer in Budapest. Pros like Katie Meili aren’t typically paired with their alma maters when their names come to mind, but she did swim and complete her undergrad degrees at Columbia.

These young stars are still in high school and have not committed to any NCAA programs (that we know of).

Zane trains at Indiana but swam at Auburn.

That’s correct. As is explained by the intro, this is about ‘bragging rights.’ Which schools have produced the most members of the team as current/future swimmers or alumni.

He got there training at Indiana not Auburn.

Grevers is AZ, just like Grothe is now Indiana.

Shouldn’t Taylor Abbott from Tennessee (and Coach Tyler Fenwick) be on this list?