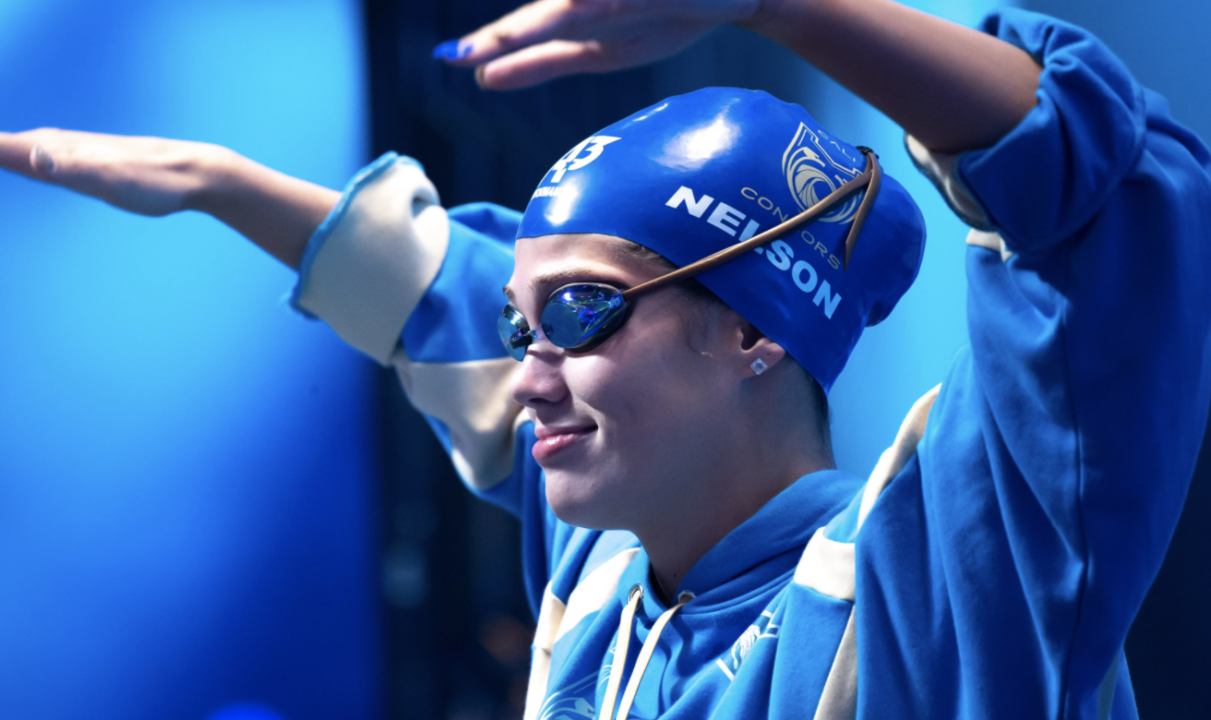 Nelson has been all over the place, swimming backstroke, butterfly, and IM for the Cali Condors, and picking tips from her teammates along the way Current photo via Mike Lewis/Ola Vista Photography

LA hadn’t yet tried Gastaldello in this event, instead going with Gorbenko and Weitzeil in each of their first three meets. But Gastaldello might just have to stick with this event in the postseason, even if it creates a very busy day 2 schedule for her.

Gastaldello hit the fastest time in ISL history, going 57.43 to win and take over the league record from Sarah Sjostrom (57.74). Her teammate Gorbenko was second, going 57.90 to become just the fifth woman this year under 58 seconds in the ISL.

Four jackpots means the Current will outscore all other teams by 20 points in this event. They’ve been absolutely lights out today when Gastaldello has been in the water, and luckily she’s got a few more opportunities left. LA is now just 21 points back of Cali with a shot to make a run through the upcoming session. London is now 69 points behind LA in third.