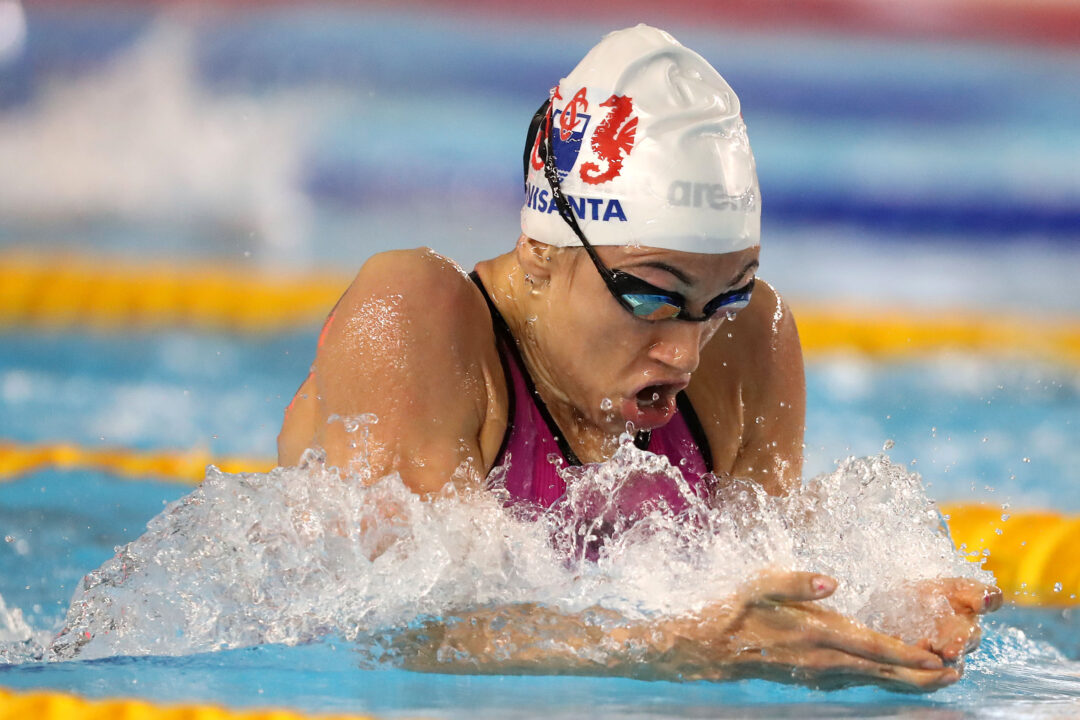 Three title defenses highlighted the second day of the South American Swimming Championships, including a 5th-straight for Julia Sebastian (above). Current photo via Satiro Sodre/SS Press

Following a year-long delay due to the COVID-19 pandemic, South American teams, including teams from countries like Mexico and Puerto Rico who don’t normally compete, gathered in Buenos Aires this week for the South American Swimming Championships.

One of the highlights of the second day of the meet came in the 200 breast, where Julia Sebastian defended her title for the fifth straight meet. Despite finishing almost a second slower than her time from 2018, the Argentinian still led the runner-up by nearly a full second.

The women’s 200 free saw the upset of the reigning champion, Delfina Pignatiello, who on day one defended her title in the 800 free. While Pignatiello slid to fourth, it was Rafaela Raurich who climbed to the top spot after finishing as the runner-up in 2018. Raurich led the field with a time of 2:01.83, making her the only swimmer to finish below 2:02.0 in the event.

Pignatiello’s loss was all the more surprising by the fact that her 800 free win on Tuesday was almost 8 seconds faster than she swam last season, which indicated she was lined up for a fast meet. Her 2:03.98 in the 200 free final was almost 4 seconds slower than she swam in 2018

Defending his title in the 400 IM on the men’s side was Tomas Peribonio of Ecuador. After winning the 200 IM on the first day of the meet, he returned to defend his 400 IM title in dominant fashion, finishing 10 seconds ahead of the field in 4:19.92. His swim this year was almost three seconds faster than his time from this same meet in 2018, although still well off of his own national record. Peribonio competed for the Cali Condors as part of ISL Season 2.

Also defending a title in the 400 IM was Virginia Bardach of Argentina. The 29-year-old finished in 4:49.76, four seconds ahead of fellow Argentine team member, 18-year old Mara Alborzen. Bardach has won the event four times straight after finishing as the runner-up to Joanna Maranhao in 2012. Maranhao’s time of 4:41.39 still stands as the meet record.