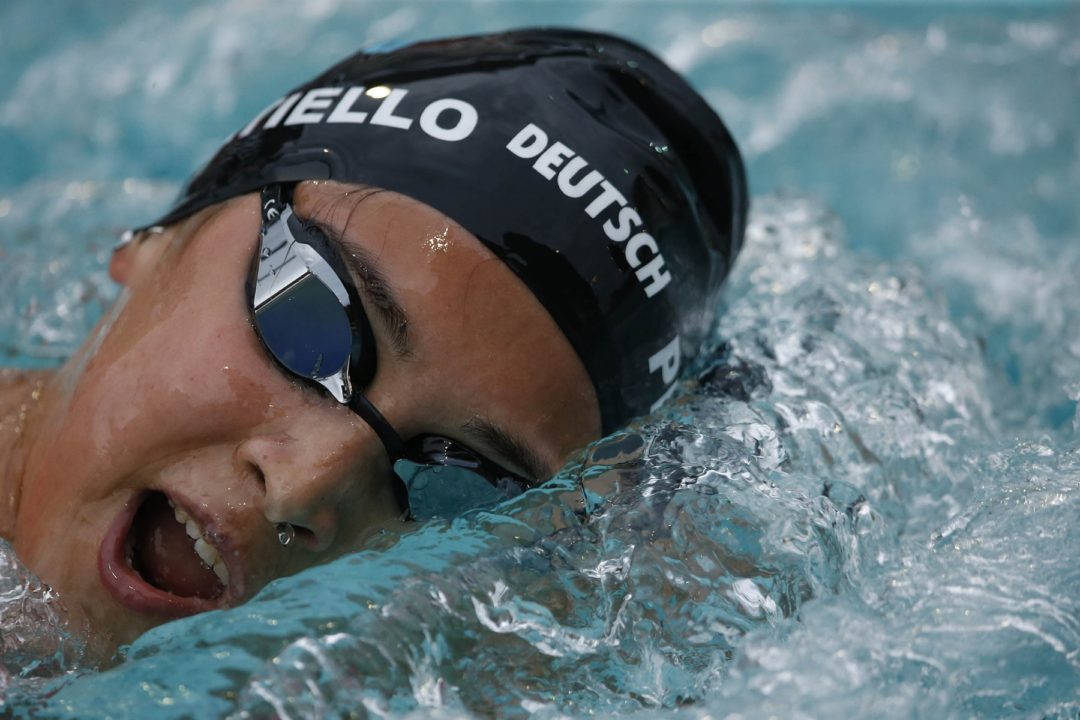 Argentina’s Delfina Pignatiello kicked off her South American Championship meet by defending her title in the women’s 800 free.

This meet, delayed from last year by the COVID-19 pandemic, includes teams from across South America, and, this year, a team from countries like Mexico and Puerto Rico as well – countries that don’t normally participate.

Pignatiello won the first medal of the day, topping the 800 free in 8:34.10. That’s almost 8 seconds faster than she swam at the last edition in 2018, but in spite of the drop, she was not unchallenged in the race: Chilean 36-year old veteran Kristel Kobrich pushed her to the wire, finishing just .01 seconds behind in 8:34.11. The two traded leads throughout the race, but Pignatiello’s closing kick made up almost a full second deficit to give her the win.

The Argentinian women, who dominated their side of the pool in 2018, are off to another hot start. They got another gold from Julia Sebastian in the 100 breaststroke. Sebastian is the 4-time defending champion in the 200 breaststroke, but has never previously won this 100 breaststroke – she has taken silver at the previous 4 editions.

Ecuador freshman Anicka Delgado, who pulled out of this week’s NCAA Championships in the United States to attend this meet, made the most of her first decision, winning the 100 free in 55.97. That, along with her 55.91 in prelims, sneaks her under the Olympic “B” cut of 56.01, which should qualify her for the Tokyo Olympic Games this summer.

Among the other highlights was Ecuador’s Tomas Peribonio picking up a win in the 200 IM in 2:00.84. The defending 400 IM champion, Peribonio won bronze in 2018 in this race. He topped the runner-up Omar Pinzon, a former South American Champion in the 200 back, by almost 3 seconds.

Sheehan is 16 years old according to her FINA profile.

The official results have her at 17.

I’ll try to nail down which is correct.

For South America swim meets, they list you as whatever age you will be that year.