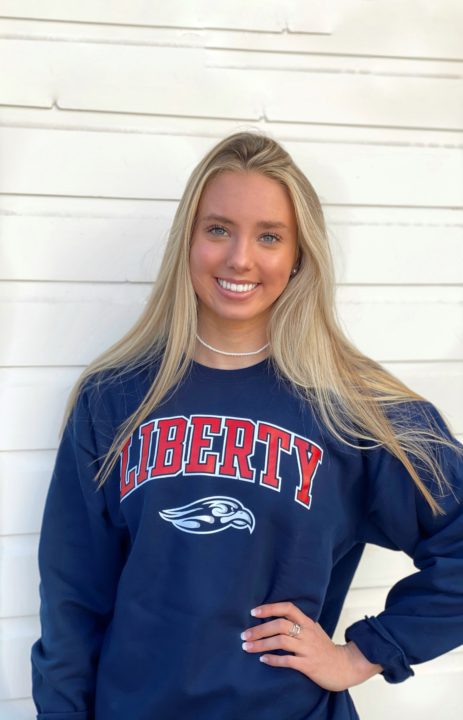 At Kentucky, Shaw raced in just two October dual meets, one against Vanderbilt and one against Tennessee. Current photo via Abby Shaw

After a semester at the University of Kentucky, backstroker Abbie Shaw is transferring to Liberty University. She will still graduate in 2024 on schedule, getting at least three full seasons with Liberty.

So excited and thankful to announce that I have decided to continue my academic and athletic career at Liberty University!! God is so good🤍

Before Kentucky, Shaw was the 2019 Colorado HS 4A runner-up in the 200 free and the third-place finisher in the 100 back representing Niwot High School.

Shaw would’ve been #3 in the 100 back and #4 in the 200 back on Liberty’s roster last season. She would’ve made A-finals in both backstroke events at the 2020 CCSA Championships.

Shaw is the second recent switch from UK to Liberty; in 2020, Sydney Stricklin in the high school class of 2021 de-committed from Kentucky to instead pursue college at Liberty.