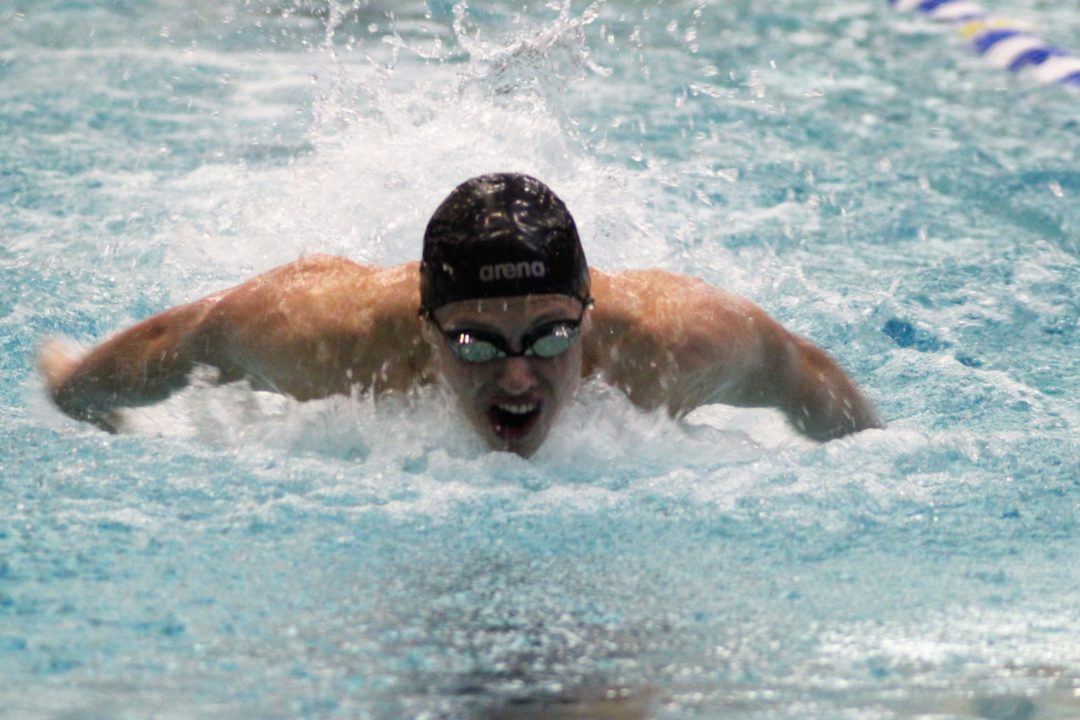 Bowen Gough, William Yang, and Moesha Johnson make up the new additions to the Worlds Championships team after day 4 of the Australian trials. Archive photo via Andy Ringgold / Aringo Photo

Kaylee McKeown won the women’s 200 back, qualifying for worlds in her third individual event after the 100 back and 400 IM. Tomorrow, she is set to swim the 200 IM. Mollie O’Callaghan came in second behind her, making the team in her fourth individual after qualifying in the 100/200 free and the 100 back.

In the men’s 200 fly, Bowen Gough qualified for worlds by placing first. The race was redemption for him, as he just missed the Olympic team in the same event last year when he finished third at 2021 trials. However, he was the only swimmer in the race under the FINA ‘A’ cut, meaning none of his other competitors will be selected onto the Worlds team in this event.

Brendon Smith and Se-Bom Lee, the two qualifiers in the men’s 200 IM, both added the 400 IM to their worlds schedule as they went 1-2 in the race.

Women’s 800 free champion Lani Pallister made it a distance event sweep when she won the 1500 free as well, qualifying for her second individual event at worlds. Moesha Johnson, who is already on the Worlds team in open water, placed second behind Pallister to qualify for her first pool event.

Finally, in the men’s 100 free, William Yang emerged victories and made the worlds team. Zac Incerti, who won the 200 free yesterday, qualified second. Flynn Southam, Jack Cartwright, Matt Temple, and Dylan Andrea finished in third, fourth, fifth, and sixth respectively and all have a chance of being selected onto the team in the 4×100 free relay.

Holly Barratt won the women’s 50 fly, although the 50 stroke races at this meet are not selection races. Whether Barratt will make the team or not in this event will be up to Swimming Australia’s discretion.

**Ariarne Titmus has said she won’t swim at the World Championships, which would move Madi Wilson into the second individual spot in the women’s 200 free.

As this is the most current list, ‘moving’ my Q from other page …

I read the qualifying rules, but I’m also new to following Intl swimming – please help me understand how the math works:

Different # of &/or schedule of events for each Championship or …

CommGames is a multi-sport event and the organising committee (along with the CommGames Federation) have placed “ceilings” on overall numbers which has filtered down to the individual sports.

That makes sense – thank you.

But the overall context of total team size for each country for all sports at CommGames helps me understand it – thank you again.