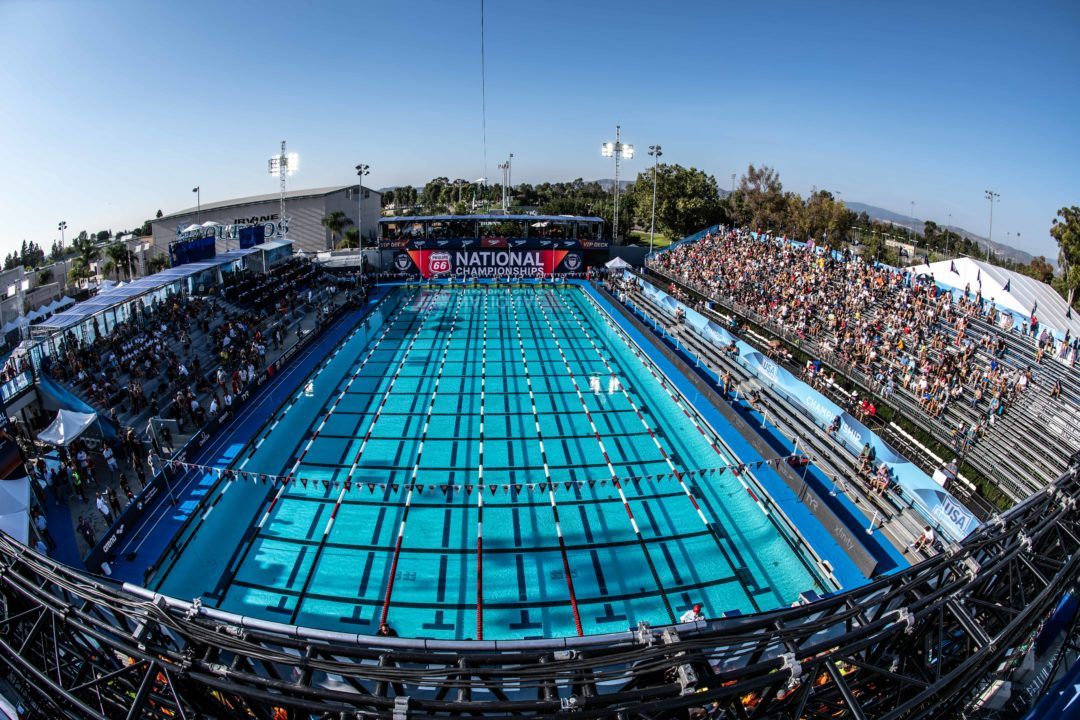 12-year old Audrey Derivaux added another massive swim on to an already massive week in Irvine at the Speed Junior Championships, breaking the 11-12 National Age Group Record in the 100 meter butterfly.

Derivaux swam 1:01.41 in the event on Wednesday evening, placing her 19th overall in the race. That broke the old record of 1:01.75 that was set at a Sectionals meet in 2012 by Cassidy Bayer, who set a number of age group marks in her junior career.

Derivaux previously ranked #3 all-time in the age group with her prelims swim. Entering the meet, her best time was a 1:02.68 set in June that ranked her 4th in the age group.

Derivaux broke this record on the strength of her opening 50. A three-event butterflier, her swim in the 200 fly earlier this week is second to Bayer all-time in the age group, but she has more raw speed than Bayer did at the same age.

When Bayer set her record, she knocked more than half-a-second off her own mark, and before that, Olympic champion Dana Vollmer held the record.

Since that 2012 record swim, the person who has gotten the closest previously is Claire Curzan, who made the Tokyo 2020 US Olympic Team last summer when she was only 16.

Derivaux trains with the Jersey Wahoos in the southern part of the state.

Derivaux’s other results this week:

Why are you salty

*not really lucky with the schedule

Congratulations to Audrey and her Team at Jersey Wahoos under Coach Paul Donovan.