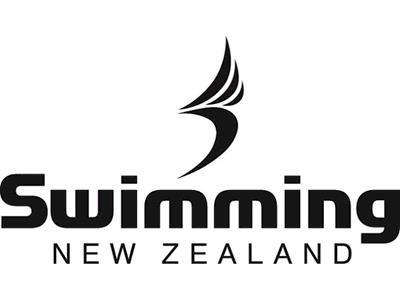 The New Zealand Short Course Championships, which have seen both their date and location moved due to coronavirus accommodations, will not be allowing athletes from Auckland to compete on days 1 and 2 of the meet due to the areas elevated alert level. If the level drops during the second day of the meet as expected, they will be allowed to join the competition, although they will be required to be staged outside of the facility to reduce potential exposure to other swimmers.

Because of the city’s higher alert stage, athletes living and training there will be prohibited from competing at the NZ SC Championships unless the alert level is reduced, something that will not occur until at least the 2nd day of the 5 day meet. Currently, Swimming New Zealand is hoping to have Auckland athletes present on the final three days of the meet, October 8-10.

While Auckland athletes will not be able to travel during the first two days, Swimming Auckland and North Shore Swimming Club intend to host a meet in Auckland to allow athletes to compete before, hopefully, being able to travel to the National Championships.

Due to some of the countries athletes being withheld from the competition, the portion of the meet that they are not allowed to attend will be retitled the 2020 Aon NZ Short Course Series. Once Aucklanders are able to join the meet, the meet will again be considered a national championship.

If athletes from Auckland are allowed to travel to compete at the National Championships, they will be required to set up outside of the aquatics venue under marquees when not competing. They will only be permitted to enter the building to make use of the warm-up pool and to compete, before immediately returning to outside of the building.

The decision to separate the Auckland competitors from others was made by the Hamilton City Council, which is where the meet is now taking place following its move from Auckland, and Swimming New Zealand. The two bodies felt that the highest risk of disease transmission would be when athletes from the city were on the pool deck or in other common areas within the building.

According to Swimming New Zealand CEO Steve Johns, the use of outdoor marquees to help spread athletes out is not new.

“Every swimmer and coach will react differently. Some will like it as they get to race, something they haven’t been able to do since March, and some won’t, but the use of marquees and using diving wells for warmup/warm down is not new”

CEO of the Auckland Swimming Association Brett Green was grateful to see the meet attempting to make accommodations to allow athletes from the city to participate. He cited the Rotorua Marathon, which banned Auckland runners from competing while offering them a 50% refund on their entry fee, as an example of what he did not want to see happen. Green also said:

“It’s not ideal, but it’s also not the end of the world either. It is an opportunity to race, one of about three since March. Level 3 and 2.5 has played havoc with training and preparation, so the build up was not ideal to start with. There will be some good learning opportunities around how to deal with the unexpected.”

The meet has said that any athlete who entered but does not want to compete under the provided conditions may withdraw from the meet while receiving a full refund.

Swimming New Zealand has said that, while no decision has been made yet, they are looking into the possibility of offering tickets for spectators to attend the event. The decision on this will be made at some point next week.

New Zealand has seen a very low number of COVID-19 infections, with only 1,471 confirmed cases and just 25 deaths. The country has only seen three new confirmed cases within the last 24 hours. While most of the country has lifted all restrictions, Auckland’s status as a second-wave hotspot has caused the city to continue with its current safety precautions.