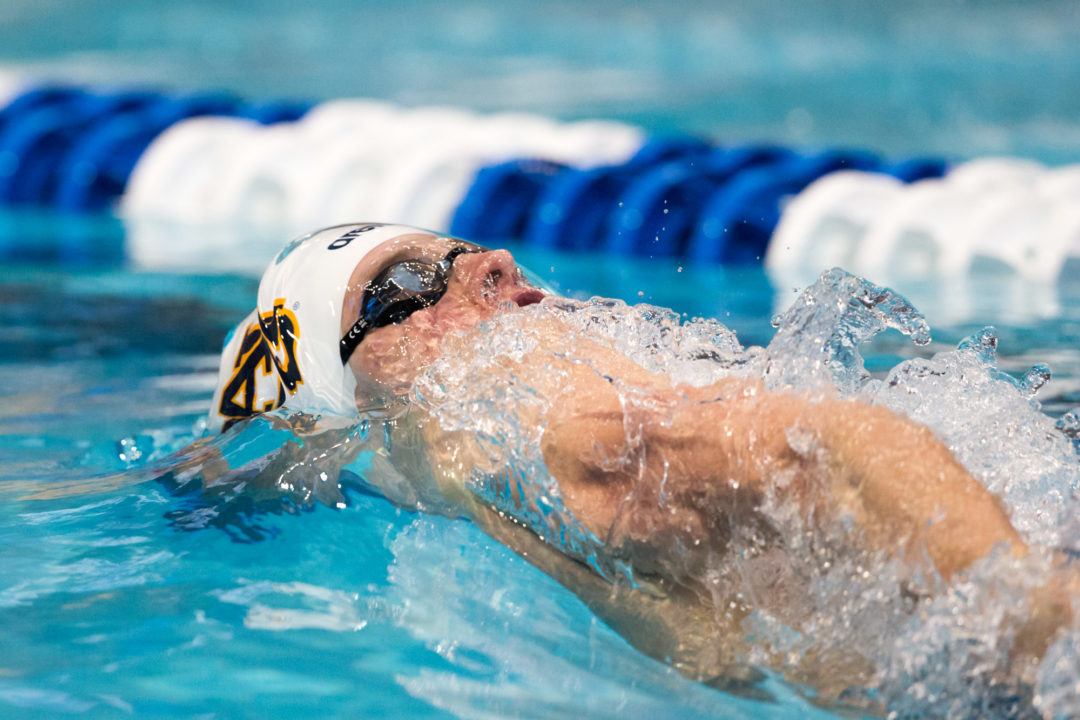 Day Two of the Bulldog Invite was headlined by Auburn's men swimming fast in the 200 back, 200 fly and 200 breast. Current photo via Tim Binning/TheSwimPictures.com

The second day of competition in Athens, Georgia, continued to deal some big time drops as swimmers vie for invitations to the NCAA Championships.

Swimfreak- Those times don’t appear on the live results, but they did come up on USA swimming when I searched them. We’ll update.