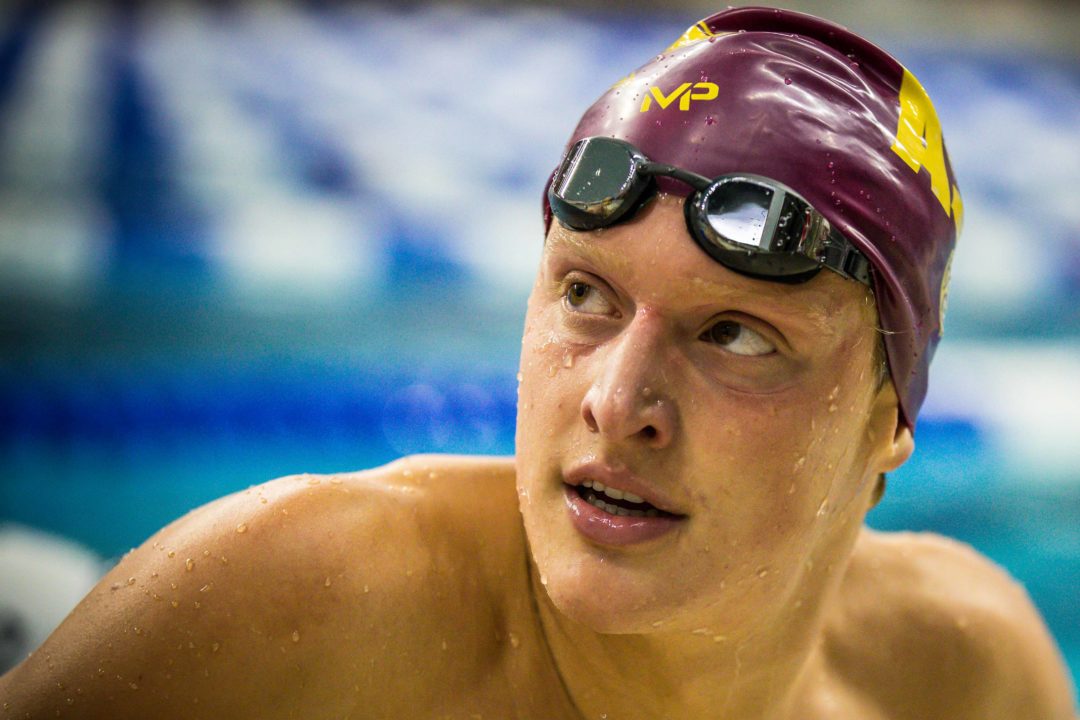 Arizona State University swimmer Grant House and Oregon women’s basketball player Sedona Prince are suing the NCAA and the Power 5 conferences in a class-action lawsuit seeking injunction and damages for alleged antitrust violations regarding profits from the use of student-athletes’ names, images and likenesses.

The duo is being represented by law firm Hagens Berman, which has represented classes of college students before and achieved successful outcomes. The firm won a $208 million settlement against the NCAA concerning antitrust-related student scholarship limits, a combined $60 million settlement against Electronic Arts and the NCAA regarding player likeness rights in videogames, among others.

The new lawsuit, filed Monday in the U.S. District Court for the Northern District of California, Oakland Division, accuses the NCAA, Pacific-12 Conference, the Big Ten Conference, the Big Twelve Conference, Southeastern Conference and Atlantic Coast Conference of limiting the compensation that Division I college athletes may receive for the use of their names, images, likenesses and athletic reputations. It alleges that the defendants violated federal antitrust laws by upholding NCAA rules that prohibit that compensation.

The lawsuit “seeks to hold the NCAA accountable” to college athletes via injunction and damages for the NCAA’s antitrust violations regulating the profits gained from the use of college athletes’ names, images and likenesses, specifically:

Click here to view the suit in its entirety.

House, who took an Olympic redshirt in anticipation of the now-postponed Tokyo Olympics, says that NCAA rules impact potentially Olympic-bound athletes more negatively than those in other sports.

“The way the rules are right now, the NCAA puts college athletes who are shooting for the Olympics at a huge disadvantage to other athletes training to compete,” House said. “Our ability to fund our Olympic training efforts are essentially squashed by the NCAA’s rules on name, image and likeness. While Olympic athletes in general rely heavily on endorsements and other image deals to afford the cost of competing and training, the NCAA shuts us out of that opportunity entirely.”

According to the lawsuit, the specific dollar amount the plaintiffs will be seeking in damages has not yet been ascertained. It says that House has been heavily involved in ASU’s social media campaigns, however.

Notably, House and his brother also run a swimming-related podcast, and last week landed the Barstool Sports talking head known as PFTCommenter as a guest — it’s not hard to imagine that the show could be a potential revenue stream without the existing NCAA rules.

In April, the NCAA announced that it would move to “modernize” name-image-likeness rules for student-athletes by 2020-21, agreeing to allow athletes to receive compensation for things like social media, personal businesses and personal appearances, provided they fall under a set of guiding principles established by the board. The NCAA release made clear that schools are still not allowed to pay athletes, but athletes can now earn money from third parties in certain cases.

Since then, commissioners of the Power 5 conferences have appealed to the United States Congress to enact federal, national legislation on the matter ahead of the NCAA’s new rules.

Take em to the cleaners!

Sponsors lining up to pay Grant House? Not exactly a household name…sorry about the pun but how much money is he really being denied? More then his scholarship? I completely agree that high revenue sport athletes are getting screwed but fringe Olympic Sport athletes with little to no name recognition? Settle down.

It’s a serious problem when athletes on the edge of the national stage like Grant House are denied the ability to run clinics, coach, or even create a podcast to earn some money to pay for training. We need more athletes like Grant House to progress from “great swimmer” to “world class swimmer” and that takes money to pay for them to focus on training.

Katie Ledecky lost out on tens of millions in her prime years of stardom. Swimmers only get 1 chance every 4 years to be famous. Same with gymnasts and track athletes. This is a great lawsuit (never thought I’d write those words).

Lost me on the “potentially Olympic-bound part.” Top 10 in U.S. in the 200 LCM free in 2018, then #29 and #19 in the last two years. I’d bet on about 12 other guys before him. Also not betting he’d be bringing in mucho dinero from image or endorsements, as is part of his claim.. Other than that, a great lawsuit.

Agreed. He is a talented swimmer, who has had some success at the higher levels of the sport. However, when he says “potentially Olympic-bound part” I struggle with that as I still have seared in my memory banks House going 1:54 in a 200 Free seeded heat at 2016 Trials. Don’t believe me? Look it up. If anyone is capable of proving me wrong, in regards to past history I am sure Grant House can do it. However, I choose to fall back on my fathers advice from my childhood when things weren’t going my way, “stop complaining about what you don’t have and just work HARDER.” Best of luck to Grant receiving funds from potential podcasts in the future.

With all due respect to your father, pretty sure that’s what the masters said to the slaves.

Grant House was a child at Trials 2016. Obviously he’ll do markedly better than that in 2021. Especially since he’s already been a 1:46.9 in the 200. If he can drop 1 more second from now to Summer 2021, that could very well be enough for a relay spot, especially since the Men’s 200 free is arguably the event where you’d have the best chance of coming out of nowhere and making the team (since there are 6 spots instead of 2 and at least half of them are completely up for grabs). I tend to agree that he likely doesn’t make it, I’d probably place him 8th or 9th. But his statement that he’s “potentially” Olympic-bound (as opposed to… Read more »