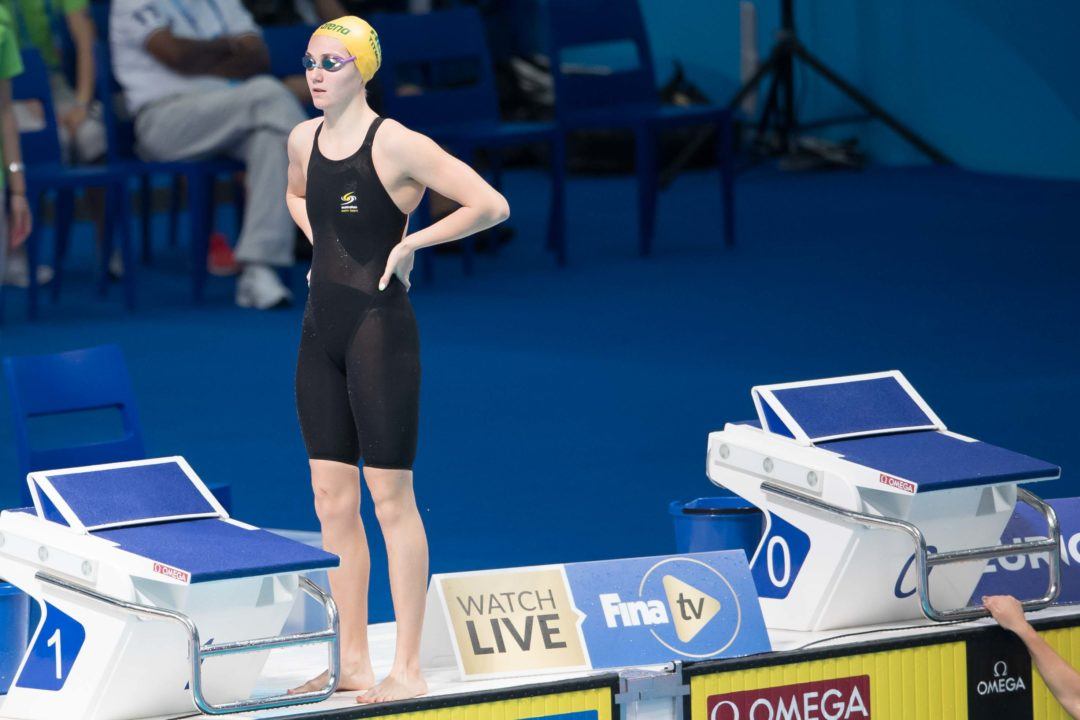 Also breaking the Australian age standard was 15-year old Josh Smith, who swam a 2:02.04 in the boys’ 15-year olds 200 backstroke. He held off a hard-charging Thomas Hauck, who made up four-tenths of a full-second deficit on the last 50, but came up short. The old record of 2:02.54 was set by Nicholas Groenewald in 2013.

Titmus’ absence didn’t mean the meet was devoid of Commonwealth Games medalists. 17-year old Elijah Winnington, who was on Australia’s winning 800 free relay, swam and won the 17-18 boys’ 400 free, which he won in 3:48.26. That swim, a best time for him, ranks as the 5th-best 400 free in Australian history for 17 year olds, behind a star-studded quartet of Ian Thorpe, Mack Horton, Jordan Harrison, and Grant Hackett. This marks at least the 3rd-straight year in which Winnington has won an age championship in this event.

Wouldn’t Winnington a time be 7th best at least behind Kieren Perkins and David McKeon as well?

I can think of two more swimmers who have gone faster – Thomas-Fraser Holmes and Craig Stevens. Winnington’s time is good but it might not even be inside the top ten.

Maybe they meant in the age group?

Shows how strong that event has been in Aus that, if he were American, Winnington’s time would have been just over two seconds away from Larsen Jensen’s US age group record.

In Australia he’s 8 seconds away from the record with 6 boys ahead of him!