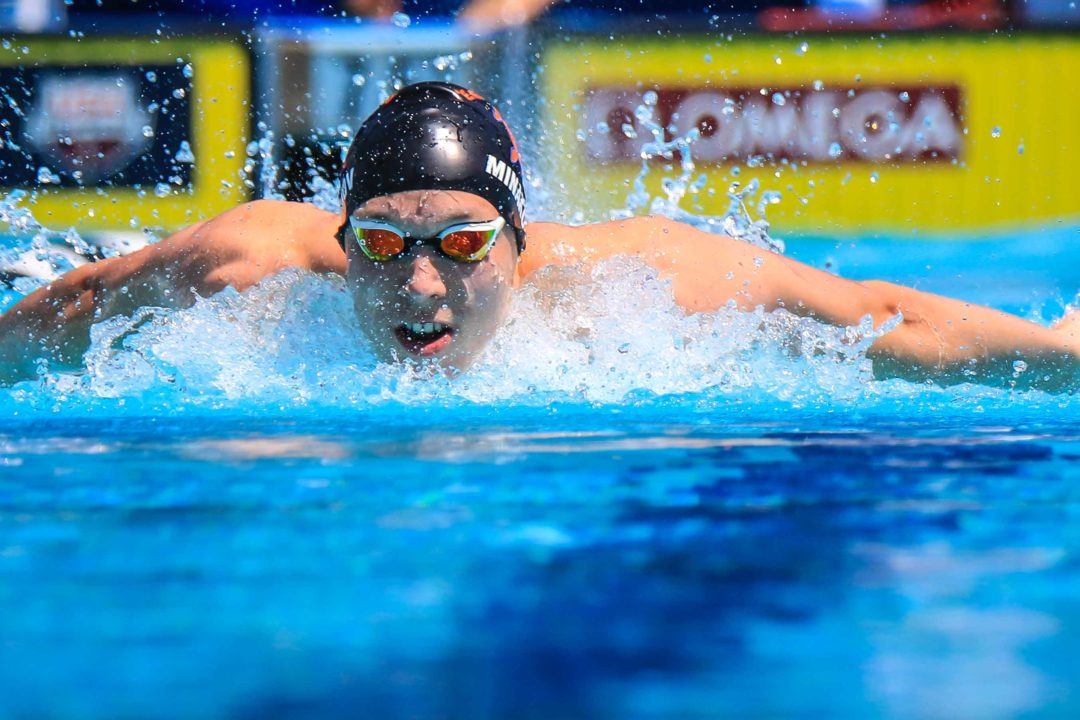 With just two weeks left to break world junior records, Andrei Minakov added one more entry to the record books with a  22.34 in the 50 fly. Archive photo via Jack Spitser/Spitser Photography

With just two weeks left to break world junior records, Andrei Minakov added one more entry to the record books with a  22.34 in the 50 fly.

The 18-year-old Minakov is eligible to break world junior records until January 1 of 2021. The 2002-born flyer already owns the long course 50 fly world junior record (23.05) and added the short course version on day 5 of the Russian Short Course Championships in Saint Petersburg.

Minakov is also just three tenths of a second off the overall Russian record of 22.07 set by Oleg Kostin in 2019.

Other notable finishes from Friday:

What does that rank him al time

23rd fastest performer of all time