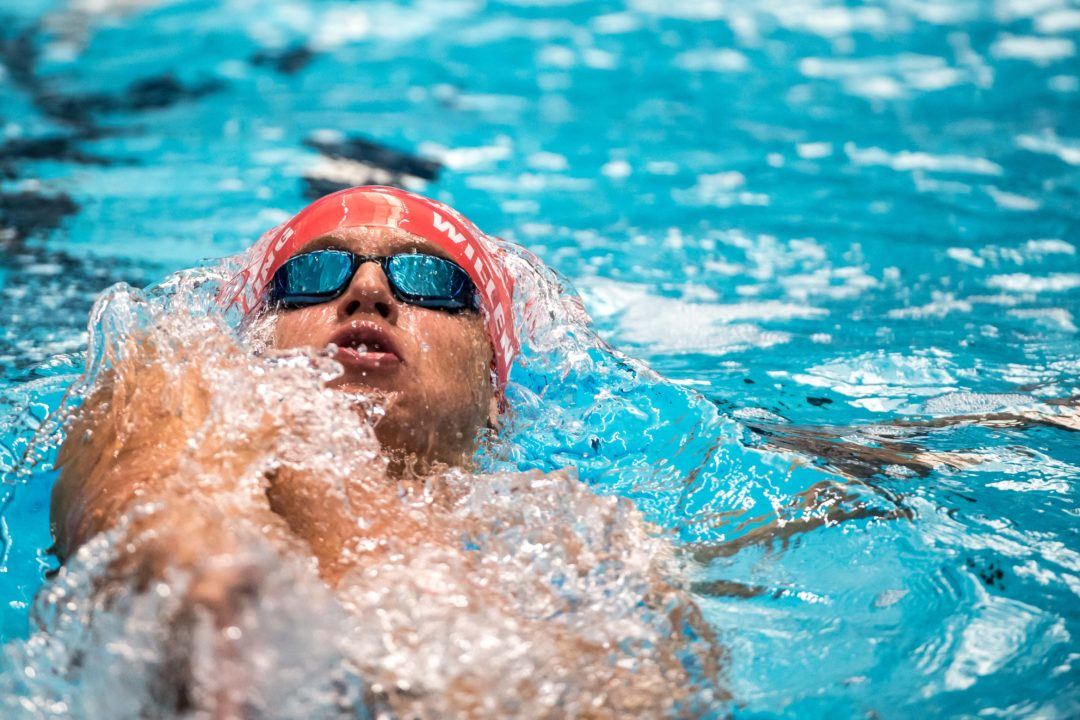 American swimmer Matthew Willenbring tested positive for a banned substance at the 2017 World Junior Championships last year, FINA revealed over the weekend, and served a 4-month ban that has already expired, beginning on October 19th when his voluntary provisional suspension began. As part of the suspension, he forfeited all results and medals beginning on August 28th, 2017, the last day of the World Junior Championships.

That is the same day where the United States won a gold medal in the men’s 400 medley relay that included Willenbring as the anchor of the finals relay. USA Swimming has confirmed that the entire relay will forfeit their medals. FINA has not responded to a request for whether they will redistribute medals for the event. Russia took silver, Italy took bronze, and Australia finished 4th.

Willenbring also won medals in the mixed 400 free relay (silver) and the individual 100 free (bronze – 49.17) before the voluntary suspension began. The maximum suspension period for a first-time offense for a banned substance is 4 years, meaning that the FINA Doping Panel decided there were mitigating circumstances to reduce his suspension.

Willenbring tested positive for the substance Hydrochlorathiazide, which is banned as a Class S5 Diuretic and masking agent. The substance’s medical uses include reducing high blood pressure and fluid retention, and treating a number of diseases and conditions including kidney stones. The drug is sold under a number of brand names and is available by prescription in the United States.

Willenbring, who is committed to swim for the 4-time defending National Champions the University of Texas next season, sat out from the swim team during his senior year at Austin Westlake High School. He would’ve been ineligible to train with any USA Swimming club or coach during his period of suspension. He did race at the 2018 American Short Course Championships in early March (not sanctioned by USA Swimming as a formal National Championship meet) – his first meet since the World Junior Championships. Willenbring was originally listed as a member of the U.S. National Junior Team, but that roster is no longer publicly posted on USA Swimming’s website.

The 2017 FINA World Junior Championships were hosted in Indianapolis, Indiana in the United States. The Americans topped the medals table with 32 total awards – 12 gold, 13 bronze, and 7 silver. They ranked 1st in all 3 of those categories.

Yes. “OOPS” So ban the American team members from Olympics too? Or are we hypocrites?

Guys, what is a lot more alarming than this is the fact that he needed to take 2-3 painkillers for the week. That is not cool.

So this now means that the United States didn’t win a single relay gold at the World Juniors, on home soil. They were still the team of the meet with all their individual medals, but that doesn’t happen very often.

Any swimmer competing at his level knows the rules and know s/he is 100 percent responsible for everything they put into their body. Coaches of athletes at this level are extremely careful to warn their athletes about taking ANY type of supplement or medication without getting it completely cleared before hand. Most coaches have a list of virtually every supplement, “food”, etc. that is SAFE because they have been extensively tested; and those lists are shared between coaches of athletes at this level. When my kid was in high school, the coach knew all about every type of pitfall, and had lists and presentations that each swimmer AND their parents had to review and understand completely before they would allow… Read more »

Cheaters cheat and so do all the swimmers who take C4 before a race.

C4 is overrated/overpriced and does not contain any banned substances… It just has a decent amount of caffeine and some under dosed stimulants.

Honestly reading through this comments section is killing me

Asthma Inhalers cannot be compared to these drugs at all. First of all, at swim meets, if you see someone uses an inhaler, that’s 99% a rescue inhaler — Albuterol/ProAir. This medication does not contain any Steroid, and does not require a TUE! It alleviate symptoms. Nowadays, with techsuit and large amount of Chlorine, more and more people are having asthma-like symptoms. This medication helps a patient to reach the lung capacity of a normal person. Don’t think it gives a swimmer any advantage in actual races.

There are inhalers with Steroid medications such as Advair, Symbicort. They are maintenance medications requiring a TUE.
Advair and Symbicort are NOT to be used for short-term or acute breathing problems such… Read more »

My child had to fill out the paperwork last year for the Junior Team – there is no way you could “forget” to write down a medication you were taking. If you filled it out properly and you were taking it for medical issues it could have easily been exempt for therapeutic reasons. The USA team followed up with us once all our paperwork was turned in – having difficult time believing this was innocent.