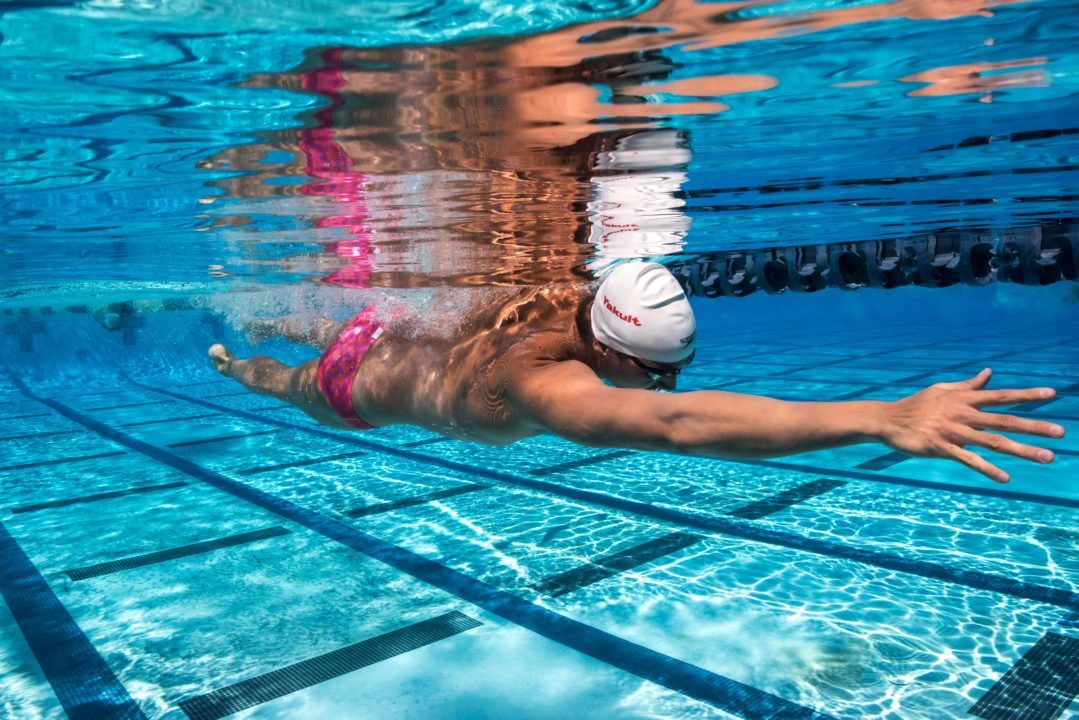 We all know the standard 2 beat, 4 beat, and 6 beat kick. If you don’t, for every right and left pull you kick 2 or 4 or 6 times in correspondence to the arm strokes. Current photo via Mike Lewis/Ola Vista Photography

We all know the standard 2 beat, 4 beat, and 6 beat kick. If you don’t, for every right and left pull you kick 2 or 4 or 6 times in correspondence to the arm strokes. Notoriously, a two beat kick was for distance and a 4 beat kick middle distance and a 6 beat kick reserved for sprinting. In the last few decades a sprinters’ kick (6 beat) started to be infused in some distance events.

Advantages of Cross Over Kick Technique

Grimsey teaches all rhythmic swimmers he coaches to cross over kick for the following reasons:

1. More Efficient Body Position. Rhythmic swimmers have a higher stroke rate and the upper body slightly sits higher in the water, in turn making the legs sit slightly lower in the water. Performing cross over kick lifts the legs higher so the body position is better in the water.

2. Compliment Arm Rhythm. Rhythmic swimmers swim fast when they have good rhythm in their stroke. The cross over kick helps rhythmic swimmers stay in rhythm with their arms. It is like a tenuto in music. (a deliberate hold).

4. Energy Efficiency. Standard kicking, 2-4-6 beat kicking is exhausting on the legs. In a triathlon or a distance swim standard kicking will not only exhaust the biggest muscles in your body that you will need to use later, standard kicking also does not keep them afloat with minimal or no added effort the way a cross over kick does.

5. Lengthens Stoke Pull. The cross over kick lengthens the pull of your stroke. As the hip lifts and the ankle crosses more length is available in the back of the stroke.

6. Balanced Rhythm. The rhythm is like a dance with minimal effort to find easy tempo and get a break or pause (tenuto) without compromising body position. For a 2 beat cross over; think of it like a waltz 1-2, cross. 1-2 cross.

7. Speed. Even if you fall into the strong category you can swim fast easier if you use a cross over kick.

Both authors of this article are cross over kickers and proud of it!

If you can’t throttle up a strong, purposeful, effective kick at will that only makes you faster, you really need to re-examine your inefficiencies.

Just because you can, doesn’t mean you should.

It’s an error, a response in the legs to instability in the body line. Don’t make a virtue of a vice.

There’s an Olympic fly champ who looks around at his competitors during his races. I’ve not heard any credible person suggest others should duplicate that error.