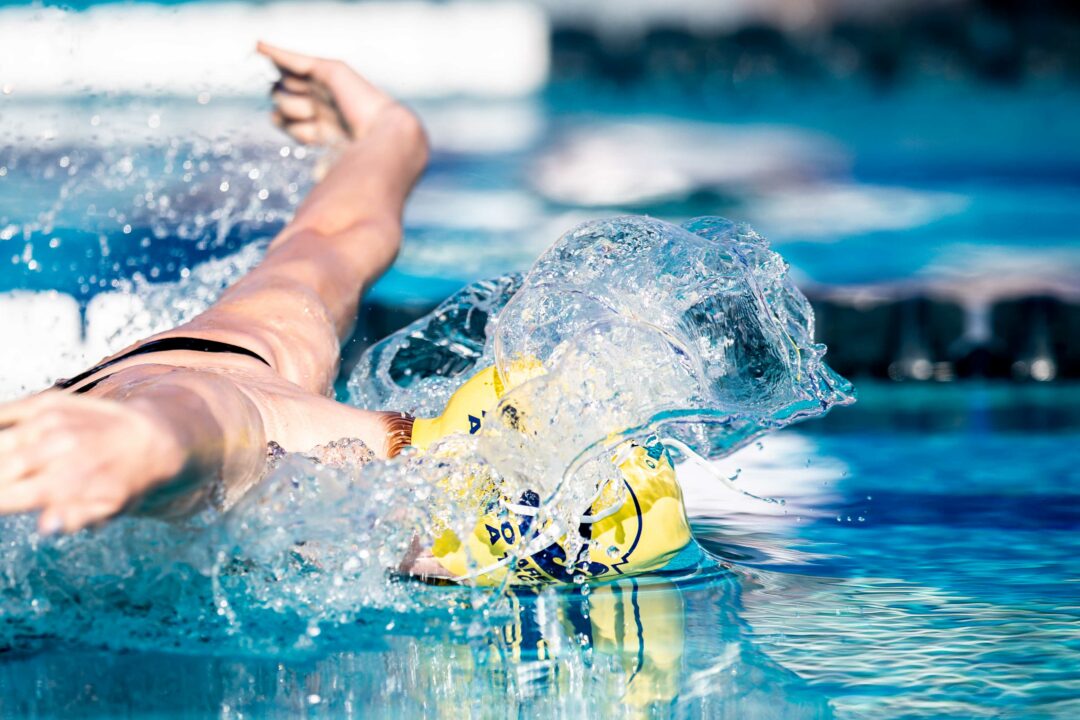 Ukraine’s Illia Sultanov grabbed Gold in the men’s 100 free, touching in 52.46. He narrowly beat the USA’s Matthew Klotz, who finished in 52.51, and Brazil’s Guilherme Kabbach, who swam a 52.73. Sultanov established his lead on the first 50 of the race, splitting 24.87, which was 0.32 seconds faster than anyone else in the field.

Japan grabbed their 3rd Gold medal of the meet with Ryutaro Ibara claiming victory in the men’s 400 IM. Ibara roared to a 4:35.46, 9 seconds ahead of anyone else in the field. Ibara was strongest on the breaststroke leg, where he split 1:18.58.

Poland’s Julia Chmielewski earned Gold in the women’s 200 breast, swimming a 2:42.85. Chmielewski opened up a lead from the very beginning, splitting 36.35 on the first 50 of the race, well over a second faster than everyone else in the field.

if I’m not mistaken, Carli has 6 golds in 6 events through Day 4.