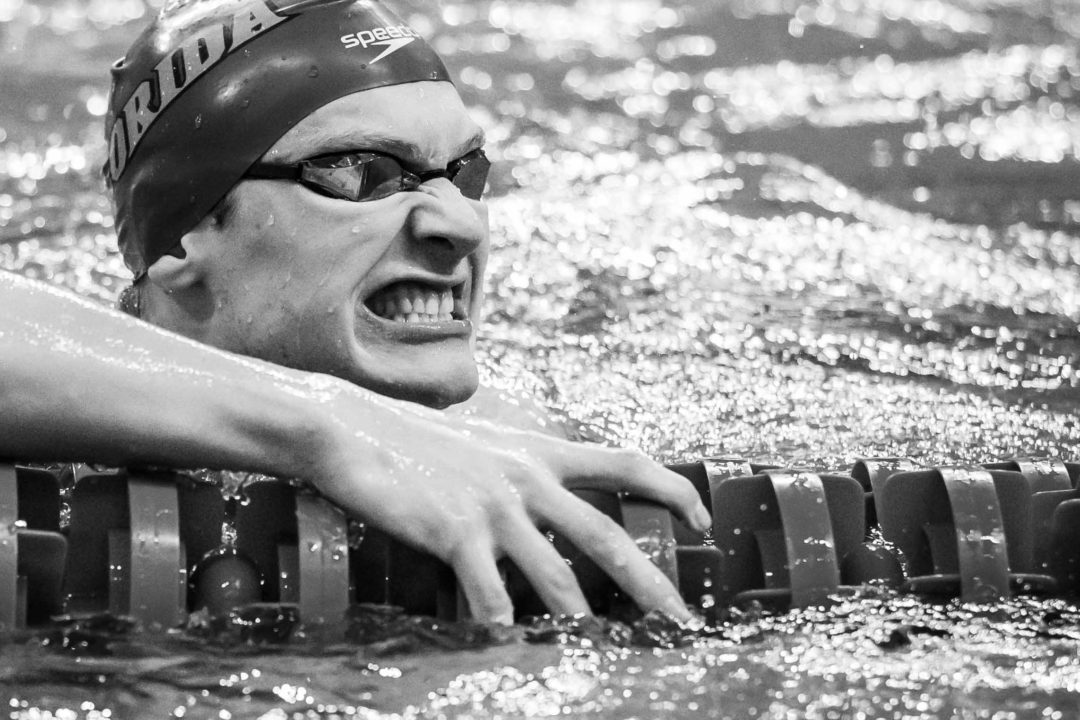 Stokowski, one of three transfers out of Florida this offseason, will start at NC State in the fall of 2020 after his Olympic redshirt year. Archive photo via Jack Spitser/Spitser Photography

Former University of Florida All-American Kacper Stokowski will join NC State’s program in the fall of 2020, he told SwimSwam. As previously reported, he is sitting out the 2019-2020 season to train for the upcoming Olympic Games at home in Poland.

Stokowski was the third NCAA qualifier to announce a transfer out of the University of Florida this offseason, doing so after just one season in Gainesville. He joined Turkey’s Erge Gezmis and American Maxine Rooney in transferring. Gezmis is also headed to NC State, though he’ll join the Wolfpack this year, and Rooney is doing his senior season at the University of Texas.

Stokowski also scored 76 points individually at the SEC Championships, including a runner-up finish in the 100 back – about half-a-second behind Alabama’s Zane Waddell. Between the three All-American transfers alone (Rooney – 87 Gezmis – 43), the Gators have lost 206 points this offseason. The seven-time defending conference champion Gators did have some cushion, though: they return 794.5 points next season, which is roughly 274.5 more points than the next-closest team, Missouri, returns.

Stokowski represented Poland at the 2019 Summer Universiade (World University Games), where his best finish was 12th in the semi-finals of the 100 back (55.08), which was over a second short of his lifetime best set in May of 2018 while he was still training in Poland.

I like Florida but I feel like a guy like Kacper is going to thrive at NC State. Florida either turns you super human or it grinds you into the dirt. Swimmers like Dressel, Lochte, Dwyer, they thrive. Swimmers like Natalie Hinds, Maxime Rooney, and maybe Kacper sorta take off when they go to a different program.
Predictions after the end of a season with NC State:
50 fr: splits 18 on a relay
100 fr: 42 relay/ 48hi 49 low LCM
50 back: 20.8
100 back: 44.0

Doubt he swims on their sprint free relays…. they have other better proven sprinters than someone whose 100 free is not even a second faster than their 100 back (even if their back time is ridiculously fast).

Why are so many swimmers leaving UF?

Troy, who recruited them all, isn’t head coach.

For the same reason so many other swimmers and divers are leaving other institutions – The NCAA has opened the trapdoor and the cockroaches are scurrying.

Definitely a good backstroke add after they lose Stewart.

Guntoro is heating up his international recruiting. Great pick up.

International recruiting just might be the key to keeping up with UVa on the women’s side at least. State is holding their own with the men where DeSorbo hasn’t dominated like he has with women’s recruiting.

Def wasn’t implying that at all. Was just saying that State can supplément their class with international recruits. Wasn’t meant as a disrespect or slight to American recruits at all!

I love it when we can all agree 🤣🤣