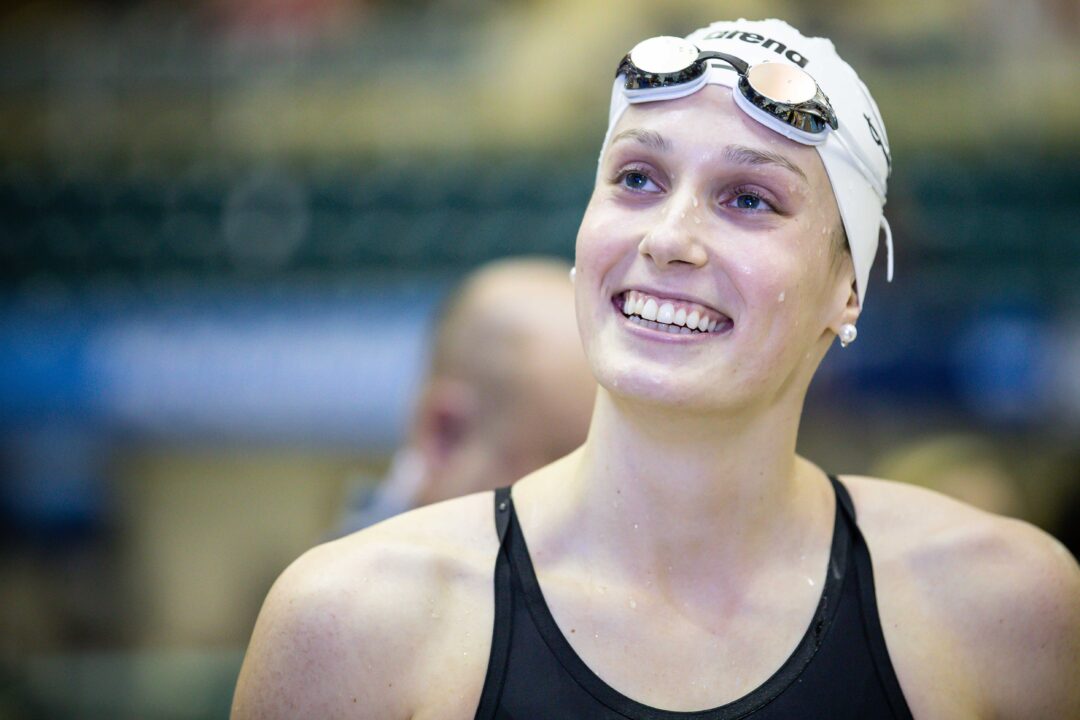 Walsh was within a second of the World Record when she won the women's 200 IM at the 2022 World Championships, snapping Hosszu's win streak in the event. Archive photo via Jack Spitser/Spitser Photography

It looks like we just found our next biggest star in the women’s 200 IM.

In the finals of the 200 IM tonight, American swimmer Alex Walsh dominated the rest of the competition, swimming a time of 2:07.13 and winning by over a second. She now becomes the fifth fastest performer of all-time in this event, and the third-fastest performer in a textile suit behind Katinka Hosszu and Siobhan Marie O’Connor. Walsh also had the second-fastest performance by an American, with only Ariana Kukors‘s 2:06.15 supersuited swim from 2009 being quicker.

Walsh’s win snaps Hosszu’s streak of fourth straight 200 IM World Championship titles ranging from 2013 to 2019, marking the end of the Hosszu’s era of dominance in this event. In fact, Walsh’s race today was the fastest women’s 200 IM swum since 2019, when Hosszu went a time of 2:07.02.

Last year, at the Tokyo Olympic games, Walsh won the silver medal in a time of 2:08.65. She later improved on that mark at the 2022 U.S. World Championship trials, when she went 2:07.84 to break the U.S. Open record and become the fastest non-Hosszu performer in the event since Marie O’Connor in 2016. Today, she dropped 0.71 seconds off her trials time.

From last year to this year, Walsh has seen the most improvement in the first 150 meters of her race. Her splits from the fly, back, and breast portion of the 200 IM have all improved by a significant amount since the Olympics, with her butterfly time dropping the 0.69 seconds- the most out of all the strokes. However, her final 50 has remained stagnant compared to the rest of her race, only improving 0.01 seconds from Tokyo. If she wants a shot at Hosszu’s world record, she will likely need to work on her freestyle more.

Either way, world record or not, Walsh’s swim is an incredible one for the history books, and a sign that a changing of the guards in the 200 IM has occurred.

Every Olympic champion in the 200 IM has won the 400 IM as well dating back to the 1992 games. Time to add that to the schedule and see if she can keep that streak alive!

phenomenal swim. She and Kate are on another level.

Kate? What does she have to do with this

I believe the original poster was just saying they are both studs. Alex for what we saw today as one example. And Kate for what we saw at NCAAs and then making the team sprinting a 100 free and also a 200 breast. They are exciting to watch and their futures look promising.

Kate prolly should focus more on breaststroke after ncaa. Alex is the one on another level and Hayes is def gonna get better.

What other events can she realistically branch out to before Paris? Feel like her 400 IM has gold medal potential as well. She’s much better at the 200s of all 4 strokes than their respective 100s. Doesn’t have a weak leg.

Huge swim and love rooting for her. Just feels like such a versatile swimmer would/could have more swims!

Would love to see an LCM 200 fly from her as well. And early on in her career it seemed like 200 back was her bread and butter.

still puzzled why she didn’t try for the 400 IM LC. she won NCAAs by a large margin. i know the 400 IM “takes a lot of work” but I would think it’s beneficial to try it out at high level competitions and get in some reps before Paris.

She’ll have McIntosh to contend with in the 400 IM.

The W 400 IM definitely has potential.

So proud of her!!

She had great technique before she even got to Nashville.

Yep – She lived in Greenwich CT and swam for Chelsea Piers in Stamford CT before they moved to Nashville. If I recall correctly, she set a few NAG records as a 12 year old while there.

Still and all some terrific swimming and clearly coaching building upon coaching as she’s moved through the system.

4
0
Reply
There's no doubt that he's tightening up

A shame that Siobhan Marie O’Connor struggled with health problems. She’s only about a year older than Ledecky.

Yes, her absence is really felt. Plus there is so much inconsistency with the top Asians in this event. Consequently this race is now incredibly weak on the international level. Only 4 women broke 2:11 in a world championship final. That is ridiculous. Nobody who finished the final in 2017 or 2019 was anywhere near 2:11

O’Connor is different from Haughey