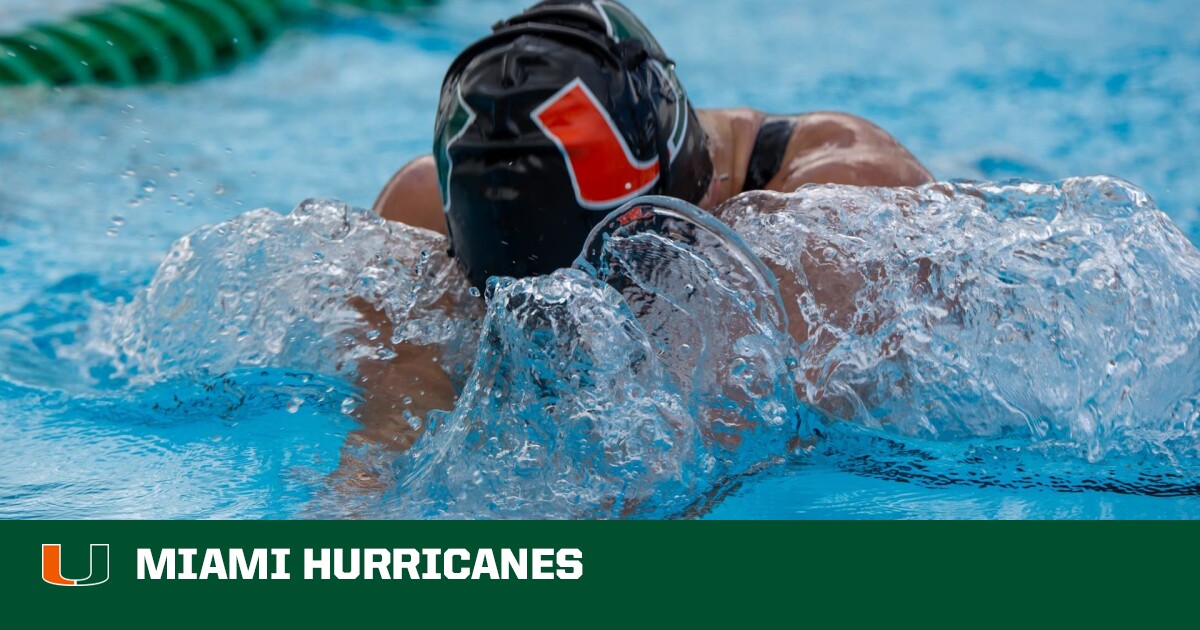 Miami and Cincinnati have both had meets canceled this fall, leaving them space in their schedules to add a dual meet on Friday. Stock photo via Miami Athletics

The University of Miami women’s team has found a replacement meet after Louisville had to cancel their weekend tri (along with Notre Dame) after an outbreak of COVID-19 within the program.

Miami will now travel to the University of Cincinnati instead to take on the Bearcats in a dual meet on Friday. Diving will begin at noon Eastern Time and swimming will start at 2:00 PM.

“I’m very appreciative of the athlete’s, staff’s, and administration’s flexibility and ability to adapt on short notice,” Miami head coach Andy Kershaw said. “Also appreciate the university of Cincinnati’s willingness to provide the facility, staffing, officials, etc. This is a great example of providing the student-athletes with opportunities that they earn daily.”

This is the two programs’ first matchup since at least prior to the 1998-99 season (which is as far back as either program’s online scheduling history goes). Both teams were members of the Big East Conference until 2003 when Miami left to join the ACC.

For Miami, this last-second addition prevents them from missing two consecutive meets after their meet last weekend against Florida Gulf Coast was canceled because of weather. The swimming program’s last meet was October 8 and 9 at the SMU Classic, and after this weekend they aren’t scheduled to race again until the Miami Invite that begins on November 18.

Cincinnati also lost a meet this fall when Notre Dame canceled their October 8 matchup following the abrupt resignation of head coach Mike Litzinger. After their October 8 intrasquad meet, that left Cincinnati’s only fall dual meet as a showdown with Division II power University of Indianapolis, which the UIndy men won 154-145 and the Cincinnati women won 165.5-133.5. The Bearcats head to the Ohio State Invitational beginning November 18.

great to see. Congrats to the Cincy team for making this happen.