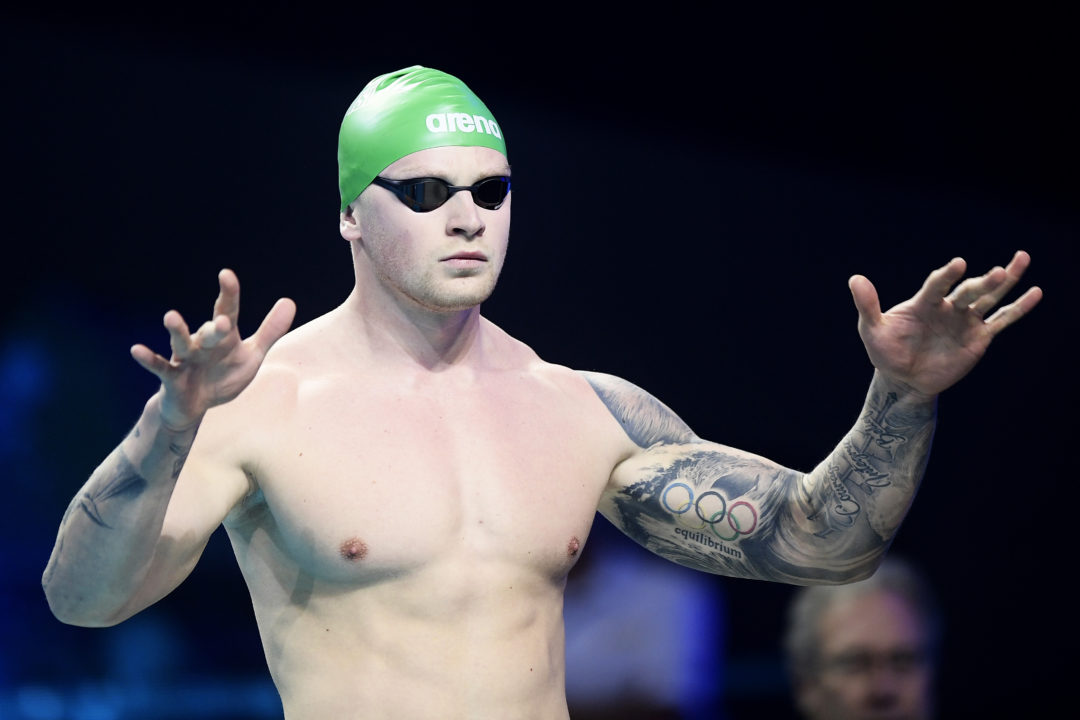 Adam Peaty shaved .02 seconds off his old British Record in the 100 breaststroke in short course meters on Saturday at the ISL Grand Finale. Archive photo via Fabio Ferrari/LaPresse

British breaststroker Adam Peaty broke the British and U.S. Open Records in the men’s 100 short course meter breaststroke on Saturday at the International Swimming League grand finale. That’s his 3rd win of the season, meaning he’s won the race in all 3 meets in which he’s competed this season.

Peaty swam 55.92 in the event on Saturday, which broke his own British Record of 55.94 that he set at the 2017 European Short Course Swimming Championships. It also broke the old U.S. Open Record that was set by American Ian Finnerty at the U.S. Derby meet when he swam 56.29, which is also the American Record. The U.S. Open Record refers to the fastest swim on American soil, by a swimmer of any nationality. Finnerty’s DC Trident team didn’t qualify for this final.

Peaty is the defending World champion, Olympic champion, and World Record holder in the 100 breaststroke in a long course, 50-meter pool, and it’s not particularly close. But the strength of his swimming is his stroke, as compared to his starts and turns that weigh more heavily in a short course, 25-meter pool – so much so that he once famously said “short course is pretty much dead to me. I don’t really care. People can do what they want, but I know some of them can’t convert to long course.”

VDB’s wrs were set in a polyurethane bodysuit.

and his usual double fly kick