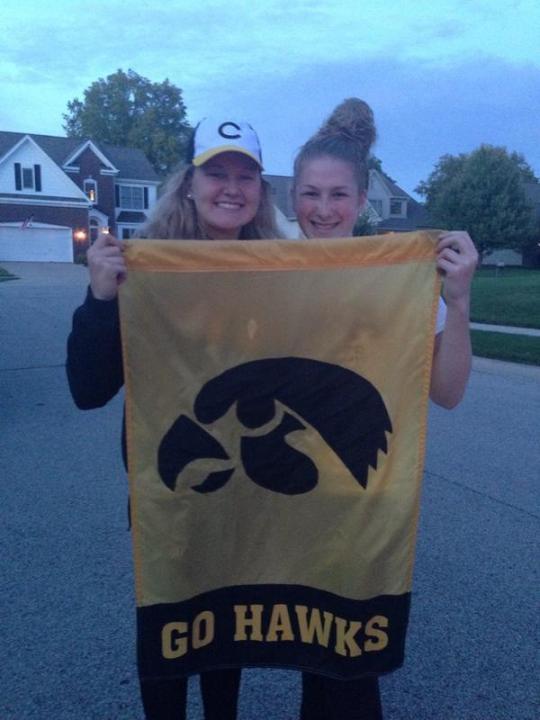 Abbey Schneider, a senior at Fishers High School in Fishers, Indiana, has verbally committed to swim for the University of Iowa, for the 2015-2016 season.

Some Of Schneider’s Best Times

She Was On Fire This Summer

As a junior, Schneider had her best season yet, securing best times in almost every event, during the short course and long course season. In her long course 400 I.M., she dropped twelve seconds, barely missing the Olympic Trials cut. She dropped ten seconds in her 400 Free, six seconds in her 200 I.M., 22 seconds in her 1500 Free, and four seconds in her 200 Breast, to name a few improvements. At the rate she is progressing, Schneider will soon be an Olympic Trials qualifier and a force to be reckoned with at the collegiate level. We will likely see more improvement from her in her senior season, before she heads to Iowa.

If Schneider can carry her long course form from this summer and continue to improve in the next year, she will have an immediate impact on the Iowa Hawkeyes. With some improvement in her short course times, she may be able to score in the B Final of the 200 and 400 I.M. at the Big Ten Championships, as a freshman. Her 1650 Free can be developed into a scoring event, along with her 200 Breast. The 800 Freestyle Relay may be an option for her as well. She still has a lot of time to develop before she joins the Hawkeyes.

Wow! Abbey will be a great addition for the Iowa Hawkeyes. Now with the combination of Shea Hoyt, freshman breaststroker from Saint Charles East high school in Illinois(Which is rivals with Saint Charles North high school, and home to freestyle sensation Kyle the chapsnat Gannon), and Abbey, the Hawkeyes will sure be a force to be reckoned with. I hear Shea’s biggest competitor and best training partner throughout all of high school was her dog named petey. According to several credible sources, this dog has a superb breaststroke kick and was a great race for her in practice. Her club coach, Tim lewarchick, would have to pace back and forth to each side of the pool with a dog treat… Read more »